The move came following the recommendation of the Committee on Empowerment of Women in its sixth report that there was an urgent need to provide due representation to women in paramilitary forces. 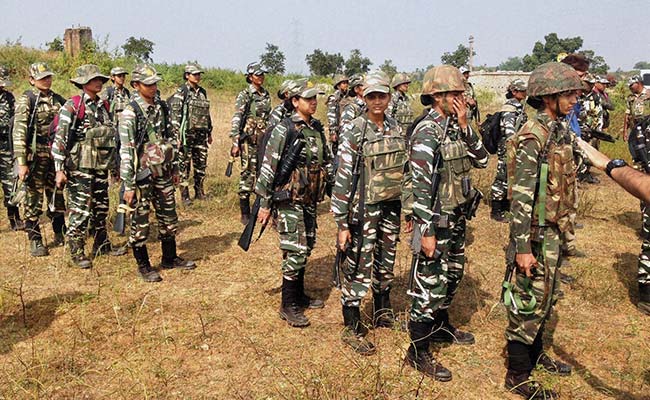 Only around 20,000 women personnel are employed in the paramilitary forces.

New Delhi: The Home Ministry has started the process of recruiting more women to achieve the target of 33 per cent in the two paramilitary forces -- the CRPF and the CISF - and 15 per cent in the BSF, the SSB and the ITBP.

These forces together comprise around nine lakh personnel with only around 20,000 of them being women. While the CRPF is primarily used for law-and-order duties, CISF personnel are deployed for security of airports, metro networks, vital installations and other government buildings.

Women empowerment and safety have been a priority of the government and the move was part of this initiative, the official said.

This reservation would be horizontal, it said. The move came following the recommendation of the Committee on Empowerment of Women in its sixth report that there was an urgent need to provide due representation to women in paramilitary forces.

Promoted
Listen to the latest songs, only on JioSaavn.com
The CRPF, considered to be world's largest paramilitary force, are mostly deployed in law-and-order duties, anti- militancy operations in Jammu and Kashmir and anti-Naxal operations. It has just around 6,300 women in its ranks. The government has found that women personnel constitute only a little over nine per cent in most of the police forces.

In March 20, 2015, the central government had approved reservation of 33 per cent for women horizontally and in each category (SC, ST, OBC and others) in direct recruitment in non-gazetted posts from constable to sub-inspector in the police forces of all Union Territories, including Delhi Police.