Dharmendra Pradhan presided over a meeting at Cuttack on Sunday, which was held to review the preparations being made ahead of Mr Shah's visit. 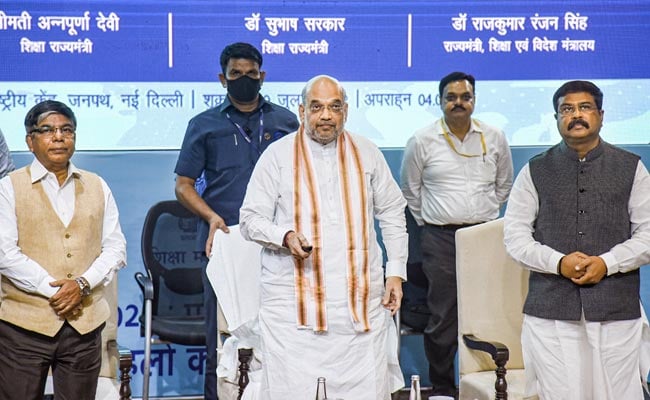 "Prajatantra's 75th anniversary coincides with the country's 75th year of Independence. This year, a daughter of Odisha has become the President of India. Shah's visit to Odisha at this juncture is significant," Union Education Minister Dharmendra Pradhan said.

Mr Pradhan presided over a meeting at Cuttack on Sunday, which was held to review the preparations being made ahead of Mr Shah's visit.

He also visited Indoor Stadium, where the programme is scheduled to be held, to take stock of the arrangements.

Lok Sabha MP Bhartruhari Mahatab, who had been sidelined by the BJD over differences with the party leadership, is the present editor of the daily.

Mr Pradhan, who is on a two-day visit to the state, also paid homage to revolutionary leader Netaji Subhas Chandra Bose at his birth place Janakinath Bhavan in Cuttack.

"Janakinath Bhawan, Netaji's birth place, which has now been converted into a museum, is nothing less than a pilgrimage site. I am fortunate to have visited this sacred place again today to pay homage to a great son of India, a national hero and an epitome of courage and sacrifice," Mr Pradhan said.