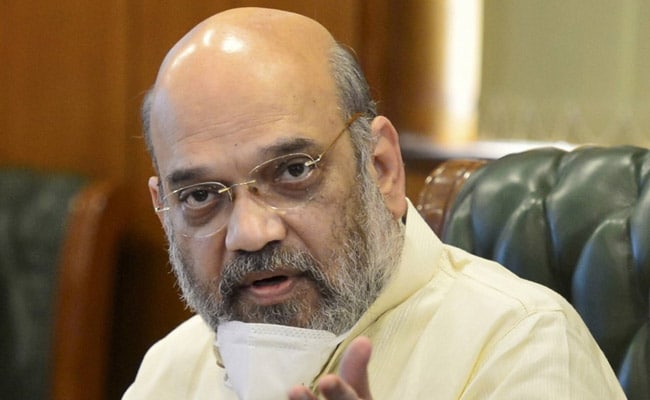 Amit Shah is recovering at Medanta hospital in Haryana's Gurugram near Delhi.

Home Minister Amit Shah has tested negative for coronavirus, his BJP colleague and MP Manoj Tiwari tweeted today, nearly a week after the Home Minister was hospitalised with the highly contagious COVID-19. Mr Shah is recovering at Medanta hospital in Haryana's Gurugram near Delhi.

However, Home Ministry sources said nothing other than the official health bulletin released either by the hospital, the government or the minister's own Twitter account should be referred to, after which Manoj Tiwari deleted the tweet.

Extensive contact tracing had been carried out and anyone who came in contact with the Home Minister was asked to self-isolate.

Mr Shah, 55, had taken part in a cabinet meeting on Wednesday last, which was attended by all top ministers, including Prime Minister Narendra Modi, Defence Minister Rajnath Singh and Finance Minister Nirmala Sitharaman.

All safety norms, including social distancing, were followed at the crucial meet, where the National Education Policy or NEP was approved.

Union Minister Jitendra Singh tweeted he was "relieved" to hear that Mr Shah has tested negative.

"Relieved to hear that Home Minister Sh@AmitShah has tested negative for Covid-19. Looking forward to see him back in form, serving the nation with his insurmountable energy and commitment, guiding his juniors with his insightful wisdom and foresight," Mr Singh tweeted and deleted it minutes later.

A record single-day jump of 64,399 coronavirus patients has taken India's COVID-19 tally past the 21 lakh-mark, the Health Ministry said this morning, adding that over 14.8 lakh patients have recovered so far.

A total of 43,379 covid-linked deaths have been logged so far; 861 deaths have been registered since yesterday. With the latest surge, the country's coronavirus count has reached 21,53,011 cases, which includes 6,28,747 active cases. India's recovery rate stood at 68.78 per cent this morning, as compared to yesterday's 68.32 per cent.