Holika Dahan: Holika dahan muhurta starts from 8:58 PM in the evening. The day of Holika Dahan coincides with the full moon day during the Hindu month of Phalguna which is popularly known as Phalguna Purnima. 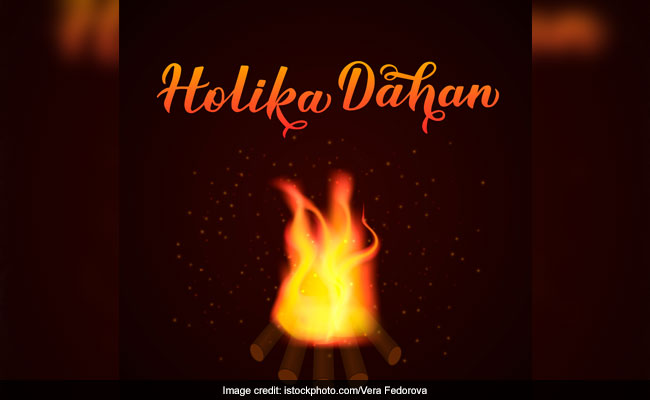 Holi, the festival of colours, bids adieu to winters and marks the onset of spring. Holi is played a day after Holika Dahan, also called Chhoti Holi. It will be celebrated tomorrow. On Holika Dahan, holy pyres are burnt on streets and open spaces, signifying the victory of good over evil. People sing and dance around the fire and also perform parikrama -  take a round around the fire. The legend of Prahlad, Holika and Hiranyakashyap is associated with it.The next day of Badi Holi is best celebrated in the company of friends and family. Make it memorable by adding some of your eco-friendly touches like flowers, arranging Holi songs, preparing Holi sweets, go out and enjoy a destination Holi or plan a holi-themed party. Check the ideas here. Have a Happy Holi!

The day of Holika Dahan coincides with the full moon day during the Hindu month of Phalguna which is popularly known as Phalguna Purnima.

Here is the auspicious timings of Holi Dhahan: 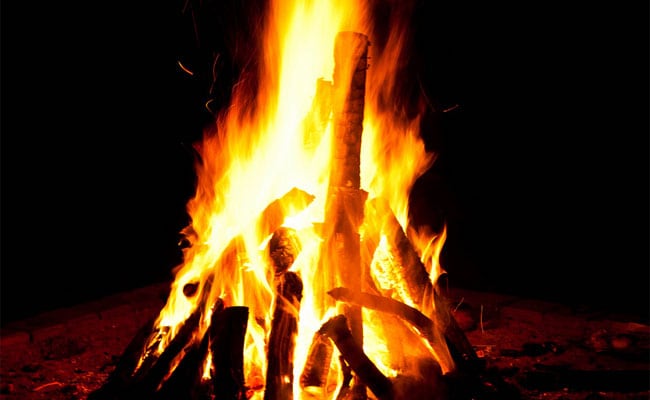 Numerous rituals are followed during Holi. These rituals vary from state to state and within a state region to region. However, Holika Puja burning Holika effigy in the evening or late night roasting green cereals in Holika bonfire playing Holi with wet and dry colors on the next day of Holi Dahan.

Holika Dahan: The legend associated with it

According to a legend, an evil king called Hiranyakashyap had a son name Prahlad, who was an ardent devotee of Lord Vishnu. The evil king did not like that. He wanted him to give up his faith in Lord Vishnu and stop worshiping him. When Prahlad refused to do so, Hiranyakashyap tried to kill him. Hiranyakashyap's sister Holika had a divine blessing that she will not be burnt by fire. The king made Prahlad sit in Holika's lap and set the two on fire. With the blessings of Lord Vishnu, Prahlad, who kept chanting his name, remain untouched, but it was Holika who started to scream, the fire did not save her this time. While some legend say that the blessing was applicable only when she sits alone in the fire, other legends refer to a shawl or a 'magical' piece of cloth that saved her from fire. It says that with the blessing of Lord Vishnu, a strong wind blew and covered Prahlad with that shawl, saving him, while Holika burnt to death. With this legend, the tradition of Holika Dahan came into practice signifying the victory of good over evil.

Preparations for celebration of Holi Dahan are in full swing across the country. Logs of wood, cow dung are stacked one above the other to make the holy pyre. It will be lit in the evening to celebrate Holika Dahan.