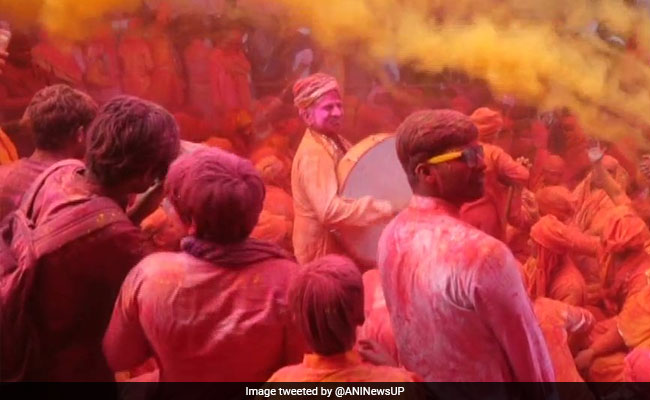 The famous Barsana Holi was played today at Shri Radha Rani temple in Uttar Pradesh's Mathura. The Holi in Barsana is also popularly called "Laddu Holi", "Lath Maar Holi". While the Holi festival falls on March 21 this year, the celebration in Barsana begin early. Legend associated with Holi is that young Lord Krishna was unhappy with the fact that he had dark complexion while Radha was fair. His mother Yashoda suggested Krishna to go and playfully colour Radha. Krishna went to the neighbouring village of Barsana, the hometown of Radha to colour Radha and other Gopis. In return, the women beat him playfully with sticks. That's how the tradition of Lath Maar Holi began. Laddu, an Indian sweet is also shared among each other to add sweetness to the celebrations.

In Mathura's Barsana and adjacent Nandgaon, the Lath Maar Holi is traditionally celebrated because of the legend associated with it. Women beat men with sticks as they use shield to cover themselves up, all in a playful way. Mathura's Lath Maar Holi in Barsana and Nandgaon are photographers' delight.

Here are some pictures from Barsana Holi or Laddu Holi in Mathura: 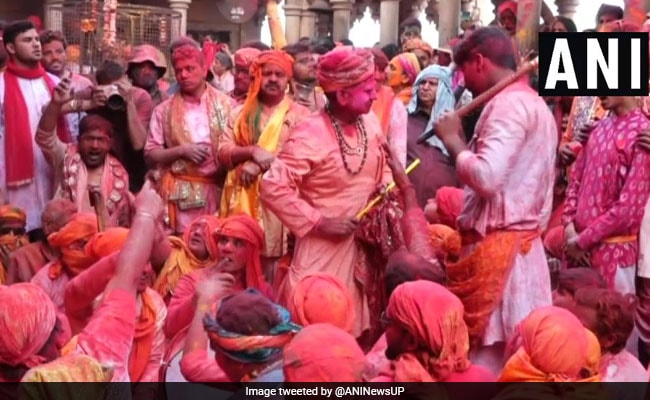 Barsana holi: Colours and sticks make for a wonderful sight on playful laddu holi in Barsana. 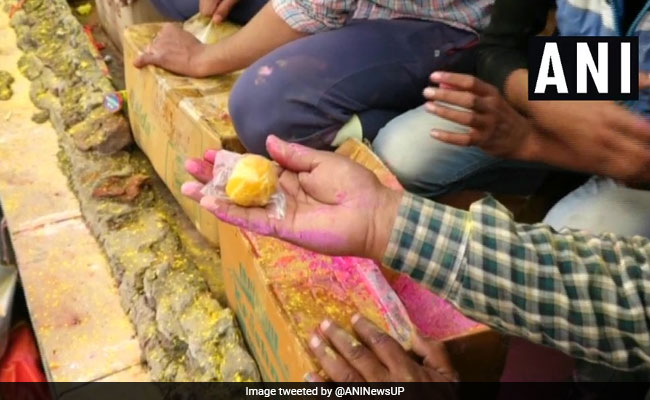 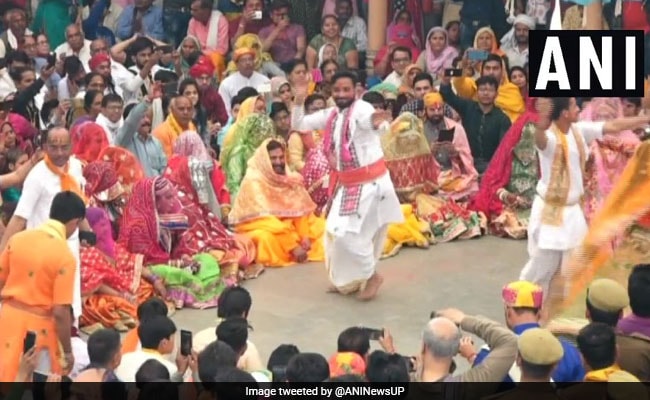 Barsana holi: Dancing away to celebrate the festival. 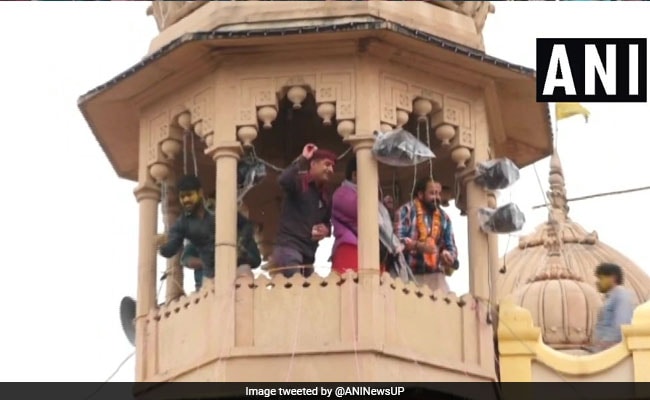 Barsana holi: Some people even threw laddus to celebrate the sweet festival.

Holi is also celebrated to welcome the arrival of spring season. Travellers from around the world visit Barsana to experience the riot of colours. In Vrindavan too, Holi celebrations begin early and continue for a week. With chants of hari bhajans, dance, colours, water, flowers and sweets, the festival is celebrated with great joy.
Comments
barsana holiholi 2019holi festival