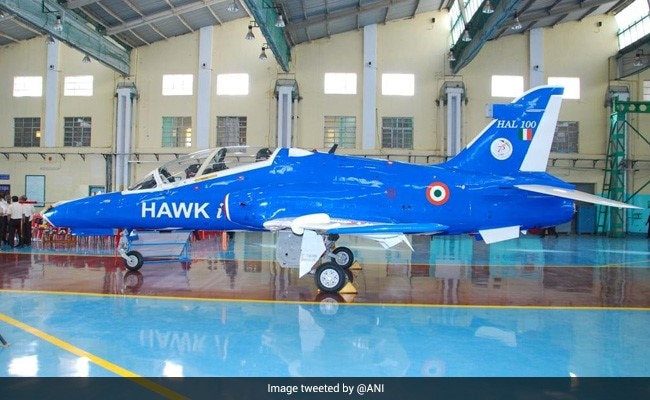 The telemetry and tracking systems captured all the mission events confirming the success of the trials.

The state-owned Hindustan Aeronautics Limited on Thursday achieved a major milestone by successfully test-firing a Smart Anti Airfield Weapon (SAAW) from the Hawk-i aircraft off the coast of Odisha.

The indigenous stand-off weapon, developed by Defence Research and Development Organisation's Research Centre Imarat (RCI), is the first smart weapon fired from an Indian Hawk-Mk132, the HAL said in a statement.

"This was the first test conducted from the Hawk-i aircraft. The results were on the expected line when it hit the target with precision," an HAL official told PTI.

The telemetry and tracking systems captured all the mission events confirming the success of the trials.

According to the HAL, the state-owned company is in discussions with Indian Armed Forces for integration of various weapons on Hawk platform.

The HAL had rolled out the indigenously upgraded Hawk Mk132 on the eve of Republic Day in 2017.

The Imported Mission Computer and Data Transfer Units in the upgraded aircraft were substituted with HAL designed and developed systems.