"Won't Be Allowed At Any Cost": Uttarakhand Cops On Religious Meet Today

The Dada Jalalpur village in Haridwar was witness to communal tension recently when stones were thrown at a Hanuman Jayanti procession earlier this month. 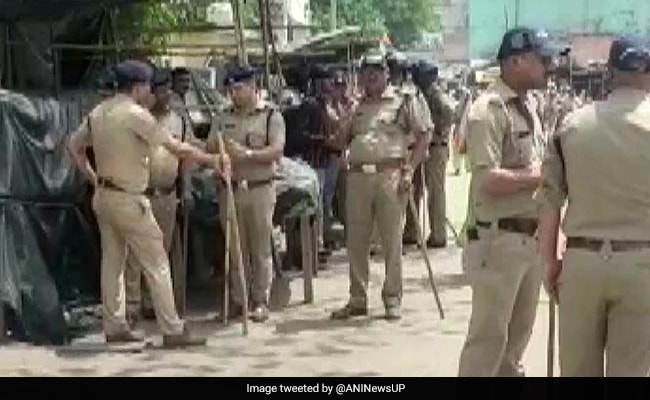 Haridwar: Police said the gathering will not be allowed to be held at any cost.

Prohibitory orders under CRPC section 144 have been enforced in Dada Jalalpur village near Uttarakhand's Roorkee where a 'Hindu Mahapanchayat' was scheduled to be held on Wednesday and 33 people associated with the event have been detained, officials said.

The village was witness to communal tension recently when stones were thrown at a Hanuman Jayanti procession there on April 16.

The move to impose section 144 came with the Supreme Court directing the Uttarakhand chief secretary on Tuesday to place on record that no untoward statement will be made at the 'Dharam Sansad' in Roorkee and warning that it will hold top officials responsible in case of any hate speech being made.

Haridwar District Magistrate Vinay Shankar Pandey said prohibitory orders were enforced in Dada Jalalpur village and in areas within its five-km radius on Tuesday evening to ensure that the 'Hindu Mahapanchayat' does not take place.

"Thirty-three people associated with organising the event have been detained to prevent the 'mahapanchayat' from taking place. Those detained include Kali Sena's state convenor Dineshanand Bharti who had given a call for holding the event and his six supporters," SSP Yogendra Singh Rawat said.

"The gathering will not be allowed to be held at any cost. Anyone who tries to violate section 144, in force in the area, will be sternly dealt with," he said.

A large number of police personnel have been deployed in the area to keep an eye on the situation, the official said.

The Supreme Court on Tuesday voiced concern that incidents of hate speeches keep occurring in the country despite its guidelines on preventive measures to be taken by government authorities.