The prestige of a father-son and a father-daughter duo is at stake in Mandi Sadar where former Telecom minister Sukh Ram's son Anil Sharma is pitted against state Congress minister Kaul Singh Thakur's daughter Champa Thakur. 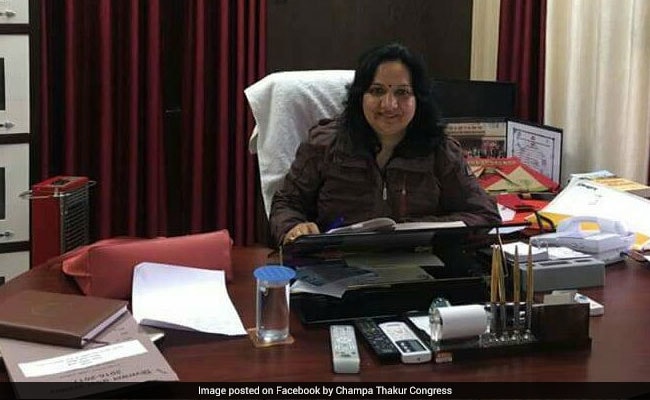 The BJP's decision to field Anil Sharma, who was till recently a minister in the Virbhadra Singh cabinet has baffled the Congress, which decided to field Champa Thakur, Chairperson of the Mandi  Zila Parishad.


The seat has been a stronghold of the Congress and pocket-borough of Sukh Ram and he along with his son won the seat in ten out of twelve elections since 1962, when he made the debut as an Independent.

The BJP won this seat only once in 1990 while Sukh Ram's son Anil Sharma wrested the seat in 1993.


After the arrest of Sukh Ram in the teleom scam, he left the party and floated the Himachal Vikas Congress ahead of the 1998 polls and again won from here in 1998 and 2003.

Sukh Ram merged his HVC with Congress and Anil Sharma won the seat in 2007 and 2012 and and was inducted as cabinet minister in the Virbhadra Singh government.


The BJP fielded DD Thakur from here in 2997 and 2012 as it had no potential challenger in the party and this time  it managed to bring the "winner to its side and fielded him".


The corruption tag on Sukh Ram, who had been convicted in the telecom scam is haunting the BJP while local BJP cadre are not very happy with the induction of Anil Sharma.


The BJP is making all out efforts to win the seat while Sukh Ram (90) in canvassing for his son and appealing to the people to vote for his honour one last time.


Champa Thakur is an old Congress worker and has carved a niche for herself by winning the Zila Parishad polls and occupying the coveted office of chairperson.


Both the chief minister Virbhadra Singh and Kaul Singh are working hard for her victory.

While the BJP is on defensive on corruption charges against Sukh Ram and maintains there are no charges against Anil Sharma, the supporters of Sukh Ram claim that corruption is no issue with the people, who had fully supported Sukh Ram when he left the Congress and formed HVC, which won five seats and Virbhadra Singh was ousted from power in 1998 polls.


There are seven candidates in the fray including BSP and four independents.


In Drang, Kaul Singh, who has contested all nine elections since 1977, when the constituency was carved out and lost only once, in fighting a tough battle against old rival Jawahar Thakur (BJP) in a five-cornered contest.

Promoted
Listen to the latest songs, only on JioSaavn.com
A Congress rebel and former loyalist of Thakur Puran Chand Thakur has also entered the fray making the going tougher for the eight-time MLA.


BJP candidate Jawahar Thakur, who polled 26,093 votes in 2012 against 28,325 votes polled by Kaul Singh and lost by 2232 votes had been narrowing the margin with each elections and is banking on his work and Modi factor.