Identification of the accused was facilitated by one of the murdered cops, who scribbled the registration number of their vehicle on his palm before he was killed 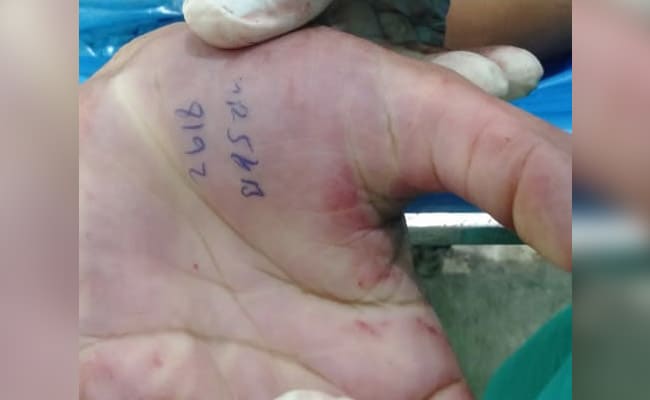 Haryana Police confirmed Monday that five of the six accused in the murder of two on-duty cops in Sonipat district last week had been arrested. The sixth was killed by police in Jind district.

Identification of the accused was facilitated by one of the murdered cops - Ravinder Singh, 28, who, in a heroic and prescient act, scribbled the registration number of the accused's vehicle on his palm before he was killed.

Without that vital clue, the police were facing an uphill battle in identifying the killers.

The number was noticed during post-mortem and gave the police constable's colleagues a crucial lead in solving both his murder and that of Special Police Officer Kaptan Singh, 43.

"It was basic policing skill that our brave Constable Ravinder Singh displayed before losing his life. He had scribbled the vehicle number on his hand which was noticed during the post-mortem," Manoj Yadava, Haryana police chief, said.

He also said that Ravinder Singh would be recommended for a posthumous police medal.

Ravinder Singh and Kaptan Singh were found lying in a pool of blood last Tuesday. Initial inquiries suggest the two encountered the accused as they were drinking in a car parked on the side of the Sonipat-Jind road near the Butana Police Station.

This was despite a curfew in place.

The police officers attempted to break up the drinking, which led to an argument. They were then attacked with sharp weapons.

After the attack the accused got into their vehicle and sped off towards Jind.

In the wake of the murder of eight Uttar Pradesh police officers by the gangster Vikas Dubey, who remains at large after Friday's bloodbath, Haryana Police has reminded cops in the state to adhere to existing SOPs (standard operating procedures) while launching an operation or engaging a suspect.

"The SOPs already exist and it just needs to be reiterated. Using bulletproof jackets and vehicles during such operation, maintaining secrecy of the details are a few such guidelines which exists," Manoj Yadava said.