Have Set Up Alliance Ready To Help India Achieve Renewable Energy Goals: US

John Kerry, the special presidential envoy for climate, said the US has set up a consortium of several countries eager to help India with funds and knowhow to achieve this ambitious goal. 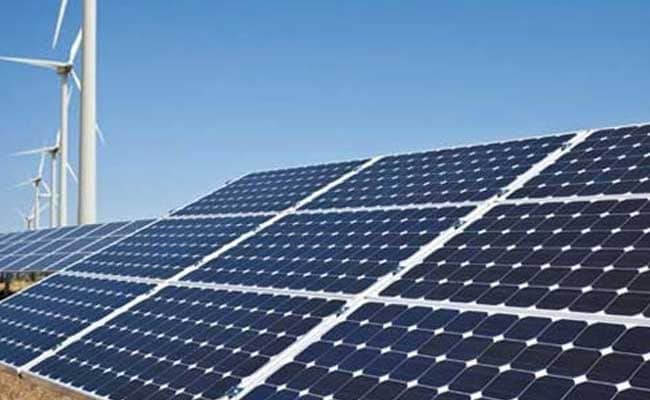 India is extremely focused on the idea of creating its own solar capacity, the top US official said.

A top Biden Administration official Friday said the US has put together a coalition of several countries to help India achieve its ambitious target of producing about 450 gigawatts of renewable power by 2030, costing around USD 600 billion.

John Kerry, the special presidential envoy for climate, said the US has set up a consortium of several countries eager to help India with funds and knowhow to achieve this ambitious goal.

Kerry made this remark to former Energy Secretary Ernest Moniz during a virtual Fireside Chat at IHS CERAWeek, the world's premier energy conference.

"India has a plan to produce about 450 gigawatts of renewable power by 2030, it''s a very ambitious goal. It's a great goal but they need about 600 billion dollars to be able to help make that kind of a transition," he said.

For India, funding this goal is perhaps one of the biggest challenges, but they are determined to lead and to be an important player here, he said, adding that the United States wants to work with New Delhi on this.

"I've put together a small consortium of several countries that are prepared to help India with some of the finance and transition," he said.

"I''ve been working with major investment houses and asset managers in our country to try to determine how much private sector capital can be directed in the right place here so that we can make this transition faster," Kerry said.

Many, many companies are dealing with ESG as well as SDG commitments and now finding that it is very attractive to focus on a directly climate-related type of investment, he said.

India, he said, is extremely focused on the idea of creating its own solar capacity.

"There are advances being made in solar panels that are 40 percent more efficient and don't rely on the same ingredients as the panels being produced by China in a market they have cornered at this moment," Kerry added.

"So, there are future possibilities here of new supply chains, of new powerhouse production entities, and technology advances," he said.

"I think we are going to see a very different field of competition, number one.

"Number two, I think China, in the conversations that I had, when I was secretary and even more recently in these last couple of years at various conferences, expresses a willingness and desire to work with other countries and I think you have to put that to the test. I don''t think we have yet," he said.

Kerry said the One Belt, One Road project of China faces a challenge to their funding of coal in various parts of the world.

"About 70 per cent of the new coal-fired power coming online in various parts of the world is China-funded and we have raised that issue with them and that will continue to be a bone of contention," Kerry said.

"But I do think, for instance on Hydrogen, that's 'jump ball'' right now. We need to get much more involved in the development of that," he added.

"I know India, I've talked to industrialists in India and government leaders who are focused on the potential of creating India the Hydrogen economy as a future," the special presidential envoy for climate said.