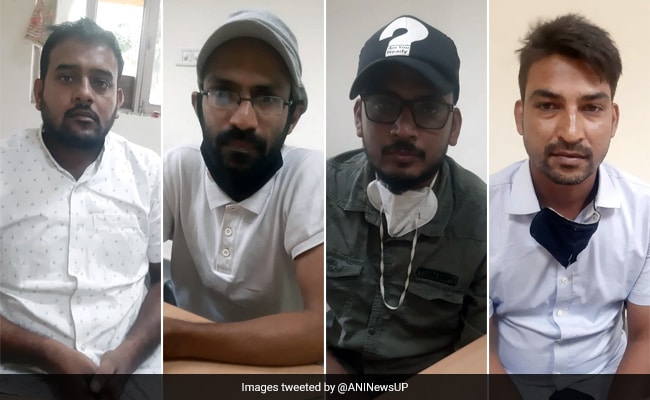 Four people, said to have links with alleged radical group, were arrested at Mathura on Monday.

Four people, said to have links with alleged radical group Popular Front of India (PFI) and an associate outfit, were arrested at Mathura on Monday while they were on their way to Hathras from Delhi, police said.

They said the four were taken into custody at Mathura's Math toll plaza where the police were checking vehicles after receiving a tip off that some suspicious people were on their way to Hathras from Delhi.

The four were in a car and identified themselves as Atiq-ur Rehman of Muzaffarnagar, Siddique of Malappuram, Masood Ahmed of Bahraich and Alam of Rampur, the police said, adding their mobile phones, laptop and some literature, which could have an impact on peace and order, were seized.

The Popular Front of India (PFI), an alleged radical group, has been accused of funding certain protests against the Citizenship Amendment Act (CAA) that took place across the country earlier this year. The Uttar Pradesh police had earlier sought a ban on the organization.

Hathras has been in news after a 19-year-old woman was allegedly raped on September 14 in a village in the district and she succumbed to her injuries a fortnight later at Safdarjung Hospital in Delhi.

Her hurried cremation in the dead of the night, allegedly without the parents'' consent, created further outrage.

Earlier in the day, Chief Minister Yogi Adityanath referred to "recent incidents" and said "anarchist elements" are trying to trigger communal and caste violence in the state.