Haseeb Drabu said since he had won elections on PDP ticket, he thought it was morally incorrect to resign as long as the state Assembly was intact. 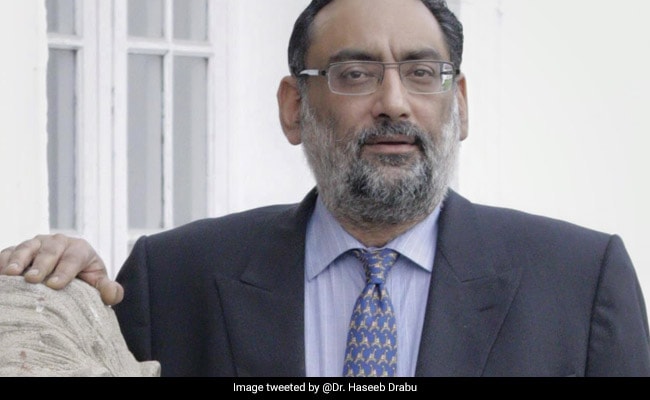 Haseeb Drabu, the veteran leader of Mehbooba Mufti's People's Democratic Party, has quit the party, saying it was the "right time" now the state assembly has been dissolved by the Governor.  He said since he had won elections on PDP ticket, he thought it was morally incorrect to resign as long as the assembly was intact. "Now that it is (Assembly) over, I am hereby resigning from the PDP," Mr Drabu, 56, said in his letter.

Mr Drabu - an economist whom Mehbooba Mufti's father Mufti Mohammad Sayeed had roped into politics -- had been one of the architects of the alliance with the BJP that ended in June. Along with the Mufti, he had crafted the Common Minimum Programme that formed the bedrock of the alliance.

After the Mufti's death in January 2016, Mr Drabu he became the key interlocutor with the BJP, helping the alliance bridge the ideological gap over a multitude of issues.

But in March, Ms Mufti dropped Mr Drabu from her cabinet following controversy over his remark that Kashmir is "not a political issue" and "we seriously need to relook in terms of how it is a society that is in search for itself."

His remark had drawn the anger of separatists as well as political parties and Ms Mufti had called for an explanation, which was followed the move to drop him from the cabinet.

In an emotional letter today, the leader who had just a four-and-a-half-year stint in the party, said, "Even though I have not been a dissident - you are aware I had resigned from the cabinet, assembly and party nearly two years ago which you didn't accept - I have disengaged from the party affairs for quite some time now."

Mr Drabu had tweeted his letter to the PDP, which was preceeded by a tweet announcing his resignation.

The PDP or its chief Mehbooba Mufti is yet to respond.