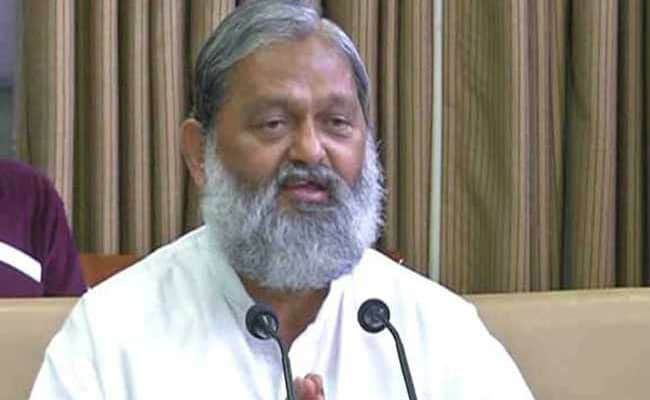 Ambala: Amid the politics on cow slaughter, Haryana Health Minister Anil Vij has asked the Centre to declare cow as the national animal.

Mr Vij told reporters in Ambala that he would send a request to Prime Minister Narendra Modi in this regard.

Mr Vij also said that cow is the most pious animal in Indian culture and is worshiped in most of the parts of the country.

The minister's comments come in the wake of controversy over beef ban and the lynching of a 52-year-old Muslim man in Bishada in Dadri village following rumours that he and his family had eaten beef.

Notably, for the "protection and upkeep" of cows Haryana Assembly had in March this year passed a bill which clamps a complete ban on cow slaughter in the state and provides for a rigorous imprisonment ranging from three years to ten years for killing the animal.

The Haryana 'Gauvansh Sanrakshan and Gausamvardhan' Bill, 2015, which also provides for a fine from Rs 30,000 to Rs one lakh, was passed by the Assembly on March 16.