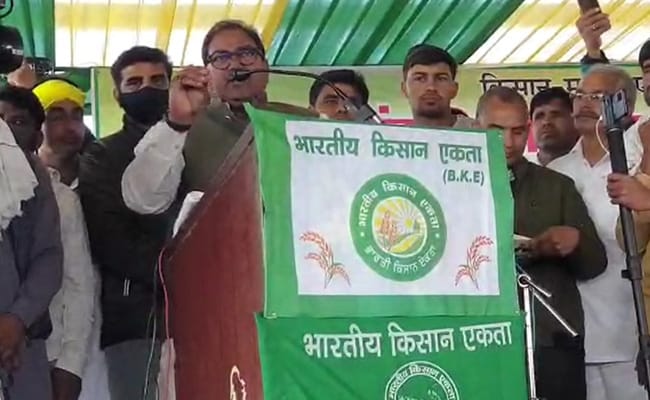 This is despite Mr Kanda's candidacy being backed by ally JJP, which is headed by the INLD leader's nephew, Deputy Chief Minister Dushyant Chautala. The Congress' Pawan Beniwal - who joined from the BJP after unsuccessfully contesting the 2019 election from this seat - finished a distant third.

Speaking to reporters earlier today Mr Chautala accused the BJP of having distributed money to get votes, and declared that he otherwise expected to win by more than 30,000 votes.

"The Chief Minister (ML Khattar) must resign after this... my winning margin would have been over 30,000 if there was no horse-trading. So many crores were distributed for votes and government machinery was misused. I have seen this with my own eyes," he said.

Mr Chautala's election will be widely seen as a vote against the ruling BJP and the party's farm laws, which have triggered widespread protests in the state and across the country.

The bypoll in Ellenabad, where people depend on agriculture, was held Saturday, and was only needed because Abhay Chautala had in January resigned in solidarity with farmers.

Abhay Chautala had slammed the "undemocratic" imposition of the "black laws".

Like most parties from the agrarian belt of the northern states, Abhay Chautala had been under pressure to demonstrate his allegiance to the farmers protesting the controversial laws.

Thousands of farmers (including those from Haryana) have been camped out on the Delhi borders for over a year to protest laws they say will rob them of MSP and leave them at the mercy of corporates.

Abhay Chautala was criticised by both the Congress and the BJP during campaigning.

The rivals united in their condemnation of Mr Chautala for having forced this bypoll, with several members of his own family (currently with the ruling BJP-JJP coalition) among the attackers.