Free bus travel facility for women and students will be provided, besides without the permission of 50 per cent of women in an area no liquor vends will be opened, the party manifesto said 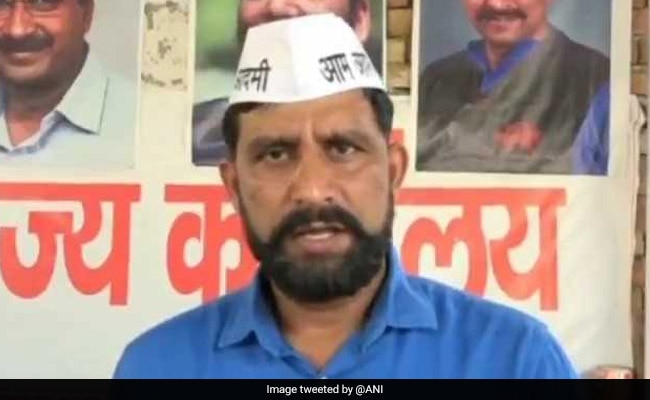 The state will be made drug-free and toll-free, the manifesto said.

The Aam Aadmi Party today released its election manifesto for October 21 Haryana Assembly election, promising Rs 1 crore to the next in the families of armed forces personnel killed in the line of duty, implementation of the Swaminathan Commission report, and drug-free state.

"The next of kin of martyrs belonging to the Army, paramilitary forces and Haryana Police would be given a financial assistance of Rs 1 crore and a government job," Mr Jaihind said.

If voted to power, the AAP will implement the Swaminanthan Commission report as its first step, the party leader said.

The state will be made drug-free and toll-free, the manifesto said.

Up to 200 units power will be provided free of cost, besides each family will get 20,000 litres free water, the manifesto, in which 51 promises were made, said.

A complete changeover will be done of government hospitals, whereas a fee will be fixed in private hospitals, it said.

For the security of women, two lakh CCTVs and as many street lights will be installed, the manifesto said.

Free bus travel facility for women and students will be provided, besides without the permission of 50 per cent of women in an area no liquor vends will be opened.

The AAP will end contract system, open mohalla clinics and 20 new 500 bedded hospitals with the provision of an ambulance in each village.

Mr Jaihind said the party will end ''inspector raj'' to benefit traders, solar plants will be installed on non-fertile land of farmers.

Unemployed youths will get Rs 10,000 monthly allowance, more than 100 fast track court to be set up, provision of two lakh jobs will be made and for police personnel five day week to be implemented, he said.

He said 33 per cent reservation will given to women in the state assembly and jobs.

Girls in schools and colleges will be provided electric shock stick for self-defence, Mr Jaihind said adding that graduates will be given free laptops.

In the 90-member Assembly, the AAP has fielded its candidates on 46 seats.