Haryana Finance Minister Abhimanyu Has Assets Worth Over Rs 170 Crore 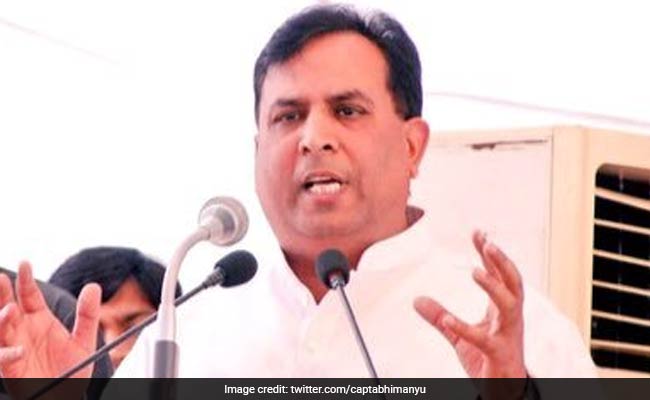 The assets of Haryana Finance Minister Captain Abhimanyu have more than doubled in the past five years. In his nomination papers for the Haryana assembly elections, the BJP leader disclosed that he had assets worth Rs 170.41 crore against Rs 77.36 crore during the 2014 assembly elections.

The figure was shown as the combined assets in the name of Captain Abhimanyu, his wife and three dependent children.

According to an affidavit filed before the returning officer, Captain Abhimanyu has moveable and immovable assets worth Rs 76.46 crore and Rs 93.95 crore, respectively.

Captain Abhimanyu completed a management programme from Harvard Business School in 2015. He did Bachelor of Commerce from Rohtak in 1996, PG Diploma in Mass Communication from Hisar in 2007 and the Master of Laws from National Law University, New Delhi, in 2019.

He has mentioned his profession as minister while his wife is an educationist and social worker.

The sources of income mentioned by the minister are salary, rent, transportation business, interest and agriculture.

Congress leader Kuldeep Bishnoi, who is seeking re-election from Adampur in Hisar district, also filed his nomination papers on Thursday.

In his poll affidavit, the 51-year-old leader declared assets to the tune of Rs 105.52 crore.

The combined moveable and immoveable assets of Bishnoi and his wife Renuka stood at Rs 56.70 crore and Rs 48.82 crore, respectively.

Lata, who is a sitting MLA, filed her nomination papers from Uchana Kalan as the BJP nominee on