PM Modi said the sportspersons were the same, their abilities were the same, rather the competition had become stiff, but the difference was that after 2014, the BJP-led governments had changed the situations. 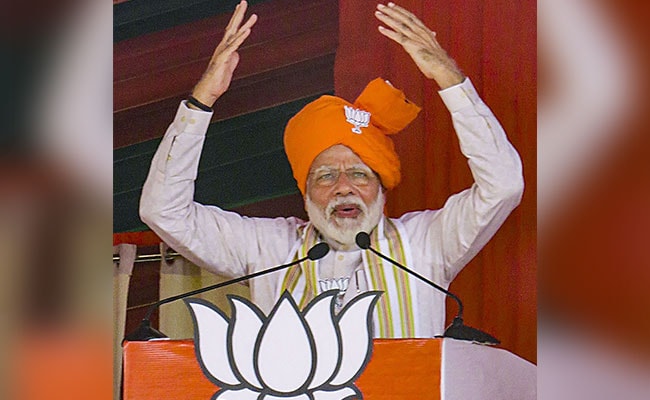 "Along with an economic superpower, we want to make India a sports powerhouse": PM Modi

Prime Minister Narendra Modi on Friday said his government was focused on identification of merit and eliminating nepotism in sports, whereas the previous Congress-led regimes only "harvested the produce of scams".

Addressing a rally in Gohana in Sonipat district in the run-up to the October 21 Haryana Assembly polls, he said, "Our jawans and sportspersons gave historic performances in the Commonwealth Games, which were hit by scams earlier (during the UPA rule) and brought disgrace. The question is, what change has been brought now?"

The prime minister said the sportspersons were the same, their abilities were the same, rather the competition had become stiff, but the difference was that after 2014, the BJP-led governments had changed the situations.

He said whether it was the government at the Centre or in Haryana, "we only changed the situations, while the sportspersons were the same. We focused on identification of merit and eliminated nepotism. We did not allow politics in it. We brought transparency and gave enough opportunities to budding sportspersons".

"It is the result of that. When we trust our sportspersons, they live up to their expectations," Modi added.

"Along with an economic superpower, we want to make India a sports powerhouse," he said.

Pointing out that the ruling Bharatiya Janata Party (BJP) was making as many sportspersons as possible stakeholders in politics and national policy, PM Modi said, "The famous wrestlers whom we have fielded in the "dangal" (poll arena) is a result of that thinking only."

The BJP has fielded two wrestlers in the Haryana polls -- Yogeshwar Dutt from Baroda in Sonipat and Babita Phogat from Dadri in Charkhi Dadri -- and former Indian hockey team captain Sandeep Singh from Pehowa in Kurukshetra.

Hitting out at the Congress, the prime minister said under the "misgovernance" of the opposition party, neither the interests of the jawans and farmers of Haryana nor that of our sportsmen was safe.

"They grew the crop of corruption on the land of farmers in Haryana and in sports, they harvested the produce of scams," he said.

"You very well know about the situation of sports and sportspersons under the Congress rule. Before 2014, there was news of various scams and controversies in sports.... There was also the news of how much ill-gotten money someone had made out of it," PM Modi said, adding that in the last five years, news of pride and honour from the sporting arena was inspiring youngsters.

About Sonipat, he said it was fast becoming a hub of industries and expanding.

Even in Surat in his home state of Gujarat, one could find people from Sonipat and Bhiwani engaged in various businesses, the prime minister added.

PM Modi, who had laid the foundation stone for a railway coach refurbishing factory in Sonipat district last year, said it would become a centre of employment generation in the region.

"It is being built at a time when an unprecedented expansion of the railways is taking place. Modern and fast trains are being introduced. India is also exporting rail coaches to other countries now," he said.