The 24-year-old - who launched his indefinite fast on August 25 -- said he was firm on his demands, which includes a one-time farm loan waiver and quota for the Patel community. 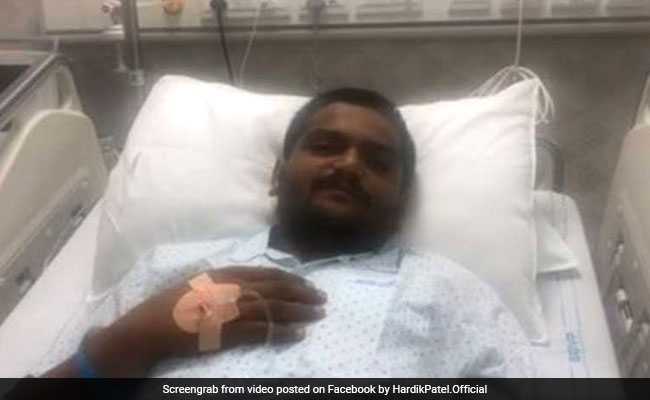 In a Facebook live message, he told his supporters that he would be continuing his fast from home.

Hardik Patel, who has been on an indefinite hunger strike demanding reservation for Patidars and loan waiver from farmers, was discharged from a hospital in Ahmedabad today. In a Facebook live message, the Patidar leader told his supporters that he would be continuing his fast from home.

The 24-year-old - who launched his indefinite fast on August 25 -- said he was firm on his demands, which includes a one-time farm loan waiver, quota for the Patel community in jobs and education, and the release of PAAS member Alpesh Kathiriya, who has been arrested on the charge of sedition.

His protest has the support of the Gujarat Congress, whose leaders held a 24-hour fast in solidarity on Thursday.

Mr Patel was hospitalised a day later, after he stopped drinking water as well when the government failed to initiate talks about his demands.

While the BJP government in the state has asked Hardik Patel several times to call off his fast, it has not responded on the Patel leader's demands. His organization announced a 24-hour deadline on Thursday, warning that he would intensify his protest if the government failed to respond.

Taken to a private hospital after he complained of breathing problems, Hardik Patel continued his hunger strike from the sick bed. A supporter said he lost over 20 kilos in the last two weeks and his kidneys and liver have been affected.

NDA ally Shiv Sena, which had extended support to the Patidar leader, said he should give up his fast and prepare for a long-drawn battle for the farmers' cause.

In a message last week, party chief Uddhav Thackeray said there was no point in "risking your precious life fighting against insensitive governments at the Centre and the state", the Sena leader said.

A message of support has also come from Delhi Chief Minister Arvind Kejriwal, who said the society was with him in his struggle for the farmers.

Today, media persons following Hardik Patel were stopped by police personnel deployed in large numbers on the road leading to his residence, reported news agency Press Trust of India. Some reporters were roughed up and baton charged by the police to prevent them from entering the residence of the Patidar leader.

In a tweet, Hardik Patel alleged that a police officer has threatened to kill him.