The bench was hearing a fresh interim application filed by Samiuddin, a relative of the deceased, which said that further probe was needed. 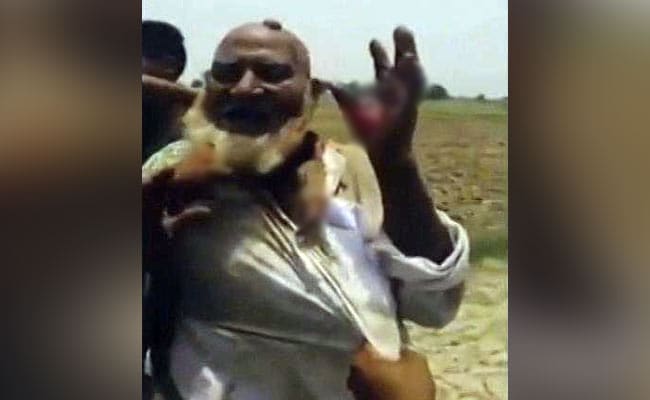 The Supreme Court today refused to direct the Uttar Pradesh Police to conduct further probe in the 2018 Hapur lynching case.

A vacation bench comprising Chief Justice Ranjan Gogoi and Aniruddha Bose said that the trial court would decide the plea for seeking further direction to the state police to file supplementary chargesheet after conducting further probe in the murder case of 45-year-old meat exporter Qasim Qureishi.

The bench was hearing a fresh interim application filed by Samiuddin, a relative of the deceased, in which it was submitted that further probe was needed in view of revelations made by two brothers of the meat exporter in their statements recorded under section 164 of the CrPC before the chief judicial magistrate of Hapur.

Declining the plea, the bench asked Samiuddin to approach the trial court which will take a decision in accordance with the law.

The Uttar Pradesh government had earlier informed the top court that it had filed a fresh status report on investigation in the Hapur lynching case.

The court had on April 8 asked the state government to file a status report of the investigation in the case in which a person was killed and another brutally assaulted in the name of cow vigilantism in June last year.

The Supreme Court on September 5 last year directed the Inspector General of Police (IGP) of Meerut range to supervise the investigation in the Hapur lynching case.

Earlier, Samiuddin had sought setting up of a Special Investigation Team (SIT) to ensure "an impartial, competent and fair investigation" into "the barbaric incident of mob violence on June 18 last year in Hapur district of Uttar Pradesh.

The plea had alleged that Samiuddin and Qasim, both belonging to the minority community, were targeted and mercilessly assaulted by a mob of the majority community from the neighbouring village, in the name of cow vigilantism.

It had further sought a direction to the state government to compensate the victim for his medical treatment. It had said Qasim had died due to mob violence, while Samiuddin survived the attempt on his life but suffered multiple fractures, wounds and injuries.