Summer Season: Google Doodle has marked the Solstice which is beginning of summer, winter on either sides of the earth, occurs because of the angle at which the Earth's axis of rotation. 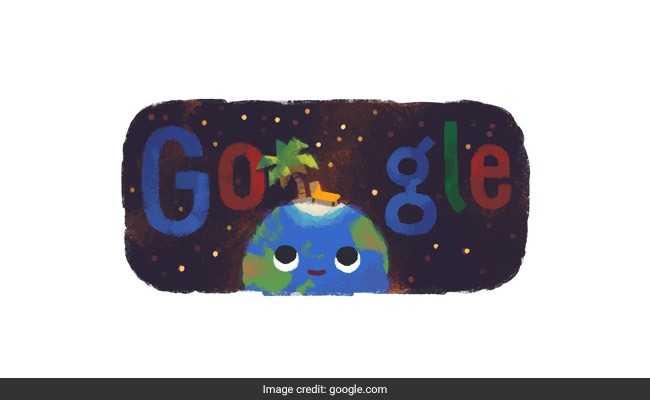 Summer season in India: The doodle has illustration of the earth, with a coconut tree and a beach bench.

Google today dedicated its doodle to mark the start of summer and also the longest day of the year in the northern hemisphere. The day referred to as the summer season solstice receives the most hours of daylight. However, on the other side of the world, the Southern Hemisphere will see the shortest day of the year. On Summer Solstice, the doodle had an illustration of the earth with eyes, with a coconut tree and a beach bench over its head. The round shape of the earth replaces the letter 'O' in the word Google. The static illustration also has star like spots across the doodle. This year, the summer season begins on June 21 and ends on September 23.

The Solstice that marks the beginning of summer, winter on either sides of the earth, occurs because of the angle at which the Earth's axis of rotation. The blue planet is known to be tilted at about 23.4 degrees relative to the orbit around the sun. The part of the Earth tilted towards the sun has the Summer Solstice and the other half, tilted away has the Winter Solstice. Each hemisphere therefore experiences a 6 months tilt towards the sun and six months away.

The Solstice is traditionally used to mark the change in seasons creating the four seasons - Spring, Summer, Autumn and Winter.

Solstice, a term derived from Latin words sol, meaning sun, and sistere, which means to stand still, is an astronomical event which occurs twice a year, when the tilt of the earth's axis is most inclined towards or away from the sun, according to Space President CB Devgun.

People across the world observe the summer season solstice in different ways. England's Stonehenge is a popular site where thousands experience the display of sun rays in the morning. Since 2015, the day is also celebrated as the International day for Yoga.