Guru Purnima: However, devotees will not be allowed to take the holy bath. There will also be a strict police vigil at all the ghats including Har Ki Pauri. 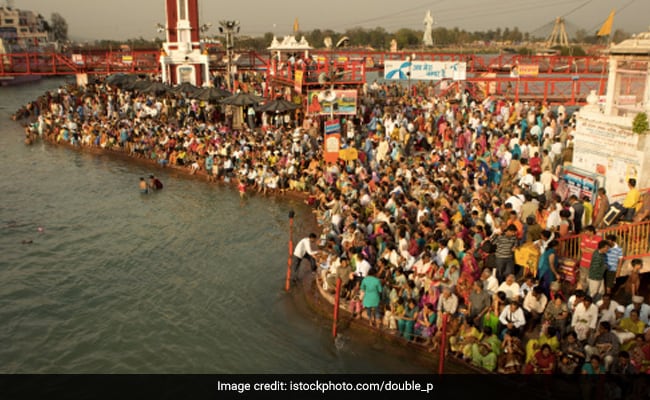 Guru Purnima: Only "Shri Ganga Sabha" and "Teerth Purohit" to participate in the snan. (File)

In view of the possibility of a third wave of the Covid pandemic, the Haridwar District Administration has said that only a "symbolic snan" (holy bath) will be held on the occasion of Guru Purnima on July 24. Only "Shri Ganga Sabha" and "Teerth Purohit" to participate in the snan.

The administration has allowed the devotees to enter the district with a negative RT-PCR report of not older than 72 hours. However, they will not be allowed to take the holy bath (snan). There will also be a strict police vigil at all the ghats including Har Ki Pauri.

After the cancellation of Kanwar Mela, the strictness of the police has increased on the border of Haridwar district. Now with Guru Purnima on July 24, and the start of the month of Shravan from July 25, the vigil has increased.

The administration recently ordered the sealing of Har Ki Pauri ghat in Haridwar for Kanwariyas by putting barricades from July 24 to August 6.

Devotees living from different corners of the country come to worship their gurus living in Haridwar on Guru Purnima.

This year, Guru Purnima, which is observed on the full moon day in Ashadh month of the Hindu calendar, falls on July 24, which coincides with the lunar eclipse.

It is celebrated by Hindus, Jains, and Buddhists to honour one's gurus or teachers who guide them through their lives towards the path of enlightenment.