The Assembly elections in Gujarat are due by the end of this year. 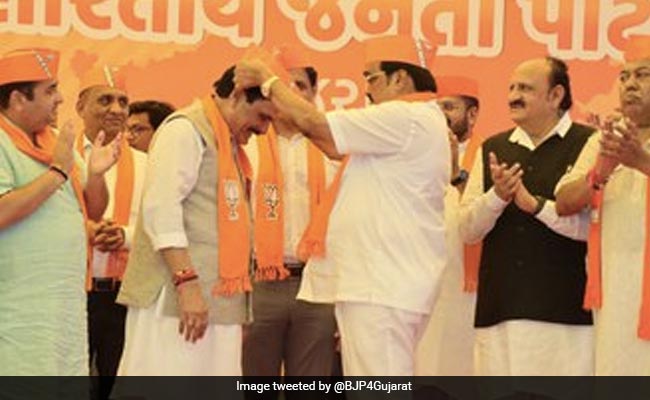 Both the leaders were associated with the Congress for decades.

Both the leaders were associated with the Congress for decades.

State BJP chief C R Paatil welcomed them into the party by offering them saffron scarves and caps. A large number of their supporters also joined the ruling party.

Mr Parmar was Congress's Rajya Sabha member from Gujarat for three terms - between 1988 and 2006. A prominent leader from the Dalit community, he had also served as a member of the National Committee for SC/ST.

Mr Raval, a three-term MLA representing Vijapur Assembly seat in Mehsana, had served as the minister of state for home and industry minister in the then Congress government in Gujarat. He had won the Assembly elections in 1985, 1990 and 1998.

The Assembly elections are due by the end of this year.