Sunita Yadav claimed she could have handled the issue involving the ministers son in a much better way if she had powers of an IPS officer. 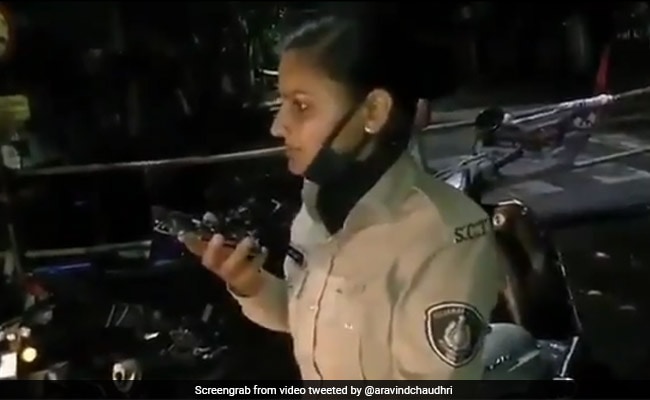 Days after confronting a Gujarat minister's son for violating lockdown, an act which earned her accolades, woman constable from Surat, Sunita Yadav, has now expressed her desire to be an IPS officer.

In a TV interview, Ms Yadav claimed she could have handled the issue involving the ministers son in a much better way if she had powers of an IPS officer.

Ms Yadav, who is on leave and has maintained distance with the media, said she needs a break to focus on preparations to crack the tough civil services exam.

The young constable shot into limelight when she pulled up the minister's son and his two friends for allegedly violating the coronavirus-inducted lockdown and curfew, an act which was caught on camera.

"To be an IPS officer was always my goal. But, I did not find much time for preparations. Then I was selected as a Lok Rakshak (fixed pay constable) three years back. At that time, I did not realise that rank is also important," said Ms Yadav.

"If I was an IPS officer, that issue would have been resolved on the spot without getting stretched this far. I need a break to start preparations for (civil services) exam," she added.

While the constable has been claiming that she has resigned from service after the incident, senior police officials have denied her claim.

Gujarat's Minister of State for Health Kumar Kananis son, Prakash Kanani, and his two friends were arrested on Sunday for allegedly violating lockdown and night curfew orders in Surat, a senior police official had stated.

An FIR was filed and the arrests were made after Yadav pulled up the three friends for lockdown and curfew violations and a video of a heated exchange between them surfaced on social media.

The trio was later released on bail.

Ms Yadav became a ''hero'' on social media platforms and public support started pouring in for her after two videos of the episode went viral.