Case was registered over "mass gathering to offer namaz" at a house "without prior permission", but investigation found no such thing, say cops 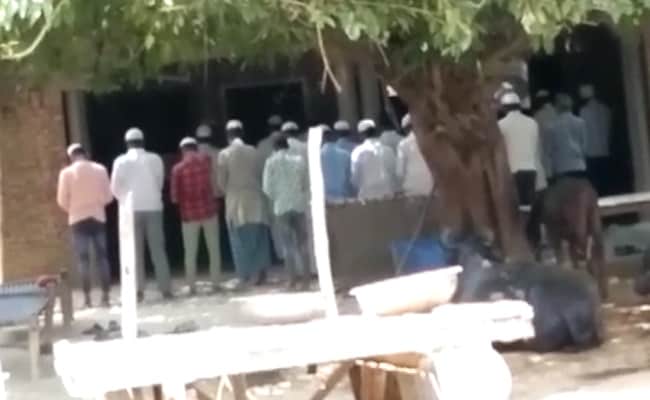 The Uttar Pradesh Police has cancelled the case it registered over a "mass gathering to offer namaz" at a house "without prior permission", saying that investigation found no such thing having taken place.

The first-information report (FIR) on August 24 had been registered against 26 Muslims at Dulhepur village in Uttar Pradesh's Moradabad district. Police had cited "objections from neighbours" and booked the namazis under Indian Penal Code's Section 505-2 (mischievous statements in a gathering performing religious worship).

The village does not have a mosque, and some residents have been objecting to gatherings for namaz, even if inside homes.

After the case, there were angry reactions on social media, alleging bias and lack of logic. "I'm sure if one of the neighbours had a hawan with 26 friends and relatives that would be perfectly acceptable. It's not the 'mass gathering' that is the problem; it's the offering of namaz," tweeted Omar Abdullah, former chief minister of Jammu and Kashmir.

Today, Moradabad Police put out a video statement, in Hindi, saying that cops sent to the village found the complaint to be "baseless".

The FIR, registered on a complaint by local resident Chandra Pal Singh on August 24, read, "By reading the namaz in a gathering, these people are spreading hatred and enmity among people. Sixteen of the people were named, while 10 others remained unidentified, all reported to be locals.

Visuals of a group of people praying in the compound of the house had gone viral.

People's objections to the namaz have been making news at different places in recent months.

There were protests by locals, led by right-wing outfits, in Gurgaon some months ago against namaz by area factory workers. The namaz was held at open spaces designated by the local administration, but that was stopped hence. Hindu prayers were later held at some of the sites as a counter.

More recently, namaz by some of the staff at a mall in Bhopal led to Bajrang Dal men protesting by reading the Hanuman Chalisa. A similar incident at a mall in Lucknow took place some weeks ago. Both malls later banned all religious activities.