"Green Revolution didn't help farmers in the north-east, and now the reforms will benefit the region," Mr Rijiju said, adding the north-east will be the biggest beneficiary of the new laws. 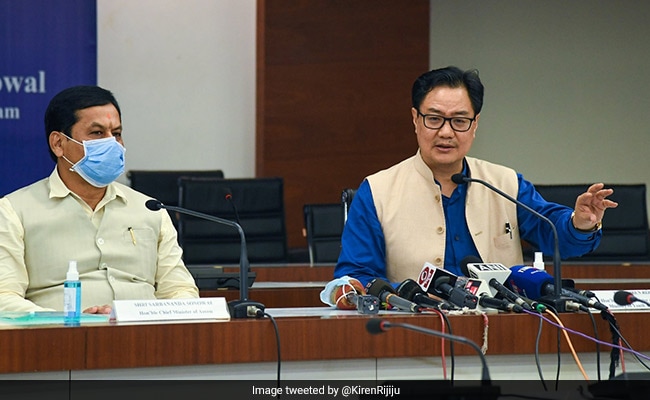 "Green Revolution didn't help farmers in the north-east, and now the reforms will benefit the region," Mr Rijiju said, adding the north-east will be the biggest beneficiary of the new laws.

He said the new laws will give freedom to farmers and choice to sell their crop anywhere in the country. "Complete freedom has been given to farmers as there are no restrictions in selling their produce," he added.

Mr Rijiju said farmers will get mandatory support from the state to strengthen the farm sector and to get more production. This amendment will create a positive environment not only for farmers but also for consumers and investors and will help the country to become self-reliant, he added.

Union Minister of State Rameswar Teli said PM Modi is taking steps for the benefit of farmers and as part of those the farm laws will provide sufficient safeguards to them to sell crops anywhere.

Assam Chief Minister Sarbananda Sonowal welcomed the step taken by the centre. He said the reforms will highly benefit farmers of Assam as well as the farmers of the rest of the country. The new legislations will enable them to access modern technology, better seeds and other inputs. It will also reduce cost of marketing and improve income of farmers, he added.