Ganeshi Lal's trip expenses created a row in Odisha last month as it was 4 times more than the annual budget of Rs 11 lakh for Governor's travel. 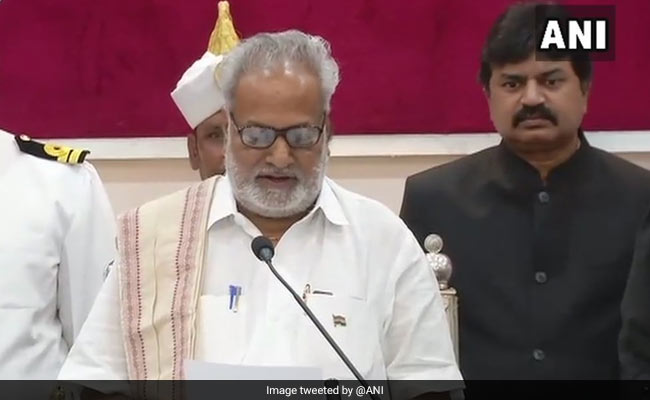 Odisha Governor Ganeshi Lal had requested for the chartered plane for his tour. (File)

Odisha Governor Ganeshi Lal's trip to his home state Haryana, which cost over Rs 46 lakh, had the prior approval of Rashtrapati Bhavan and the state government, a Raj Bhavan official said on Thursday.

The trip expenses had created a row in the state last month as it was four times more than the annual budget of Rs 11 lakh for the Governor's travel and the state government had sought a clarification from the Raj Bhavan on it.

The government action has drawn flak from the opposition parties.

Mr Lal, who belongs to Haryana, had used a chartered aircraft to reach Delhi and then a helicopter to visit his hometown Sirsa a few days after he took over the gubernatorial office in May, the official said.

Ganeshi Lal was a senior BJP leader in Haryana and a minister of that state earlier and had requested for the chartered plane for his tour, the official said.

"The visit to Haryana undertaken by the Governor using a chartered flight in June this year had prior approval from Rashtrapati Bhavan as well as the Odisha government," Raj Bhavan sources in Bhubaneswar said.

As it was not possible for the chartered aircraft to land in Sirsa, the service provider offered a helicopter from Delhi at an additional cost of Rs 5 lakh, the official said referring to a deviation from the approved flight schedule.

The use of the chartered plane and chopper cost over Rs 46 lakh, which was more than the tour expenses incurred over five years by Mr Lal's predecessor SC Jamir, sources said, adding the expense was four times the Raj Bhavans current annual budget of Rs 11 lakh for the Governor's travel.

The travel expenses of the Governor outside the state are charged from the budgetary provision of the state government, they said.

Tours of Mr Jamir and his predecessor MC Bhandare were undertaken by commercial passenger airlines, they said.

A letter from the general administration department of Odisha had referred to two invoices - one for the chartered flight involving Rs 41,18,000 lakh and another towards use of chopper from New Delhi to Sirsa amounting to Rs 5,00,000.

The letter sought to know the reason and circumstances for the hiring of the helicopter in deviation of the approved schedule, they said.

The day after the report appeared in the media, state Chief Secretary AP Padhi had called on the Governor and expressed regret over the manner in which the letter was sent to the Raj Bhavan.

AP Padhi had also informed Mr Lal that stringent action would be taken against all responsible for this "miscommunication."

Opposition political parties had slammed the state government for the manner in which the matter was handled.

"If prior approval had already been obtained for use of chartered flight for the Governor's tour it was inappropriate on the part of the government to seek a clarification," said Odisha Congress chief Niranjan Patnaik.

Speaking in a similar vein, BJP state unit general secretary Bhrugu Baxipatra said the state government must desist from repeating such "blunder" in the future.