Two other employees, Lal Singh and Mohammad Aslam, were rescued with minor injuries and shifted to hospital, he said. 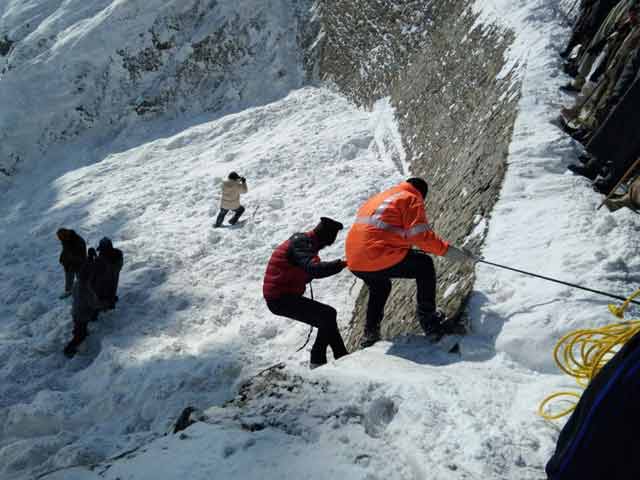 The body of the employee was found hours after search operations in Doda. (Representational)

A 40-year-old government employee was killed on Saturday and two of his colleagues were injured after an avalanche struck a remote village in this hilly district of Jammu and Kashmir, police said.

A group of Public Health Engineering (PHE) department employees were performing their duties to restore drinking water supply in the snow-bound Gandoh when they came under the avalanche at village Kot-Bhanecha in the morning, Superintendent of Police ,Bhadarwah, Raj Singh Gouria said.

Raj Singh Gouria, who supervised the rescue operation, said the body of one of the trapped employees, Farooq Ahmad of Changa Bala village in Bhallesa, was recovered after several hours of search.

Two other employees, Lal Singh and Mohammad Aslam, were rescued with minor injuries and shifted to hospital, he said.