While talking to ANI, K Surendran asserted that the party's stand in the high-profile gold smuggling case has been vindicated and alleged that the relation between accused with D-Company and ISIS has been established. 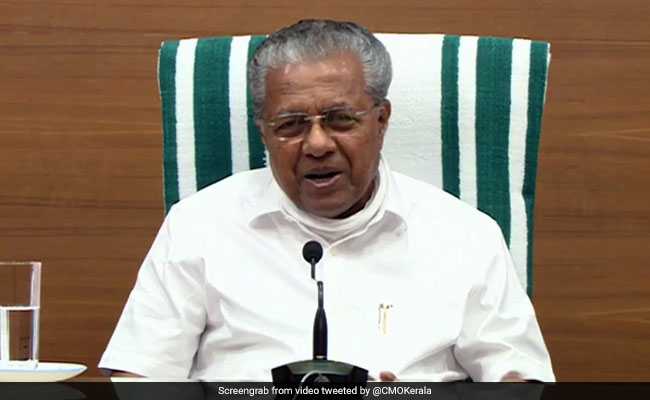 While talking to ANI, K Surendran asserted that the party's stand in the high-profile gold smuggling case has been vindicated and alleged that the relation between accused with D-Company and ISIS has been established.

"The relationship of the accused in the gold smuggling case with D-Company and ISIS has been established in the NIA report. BJP's stand has been vindicated in this case. The state government is shielding the smugglers. The Chief Minister Pinarayi Vijayan has lost moral rights to continue, hence, we demand that he resigns immediately from the post of Kerala Chief Minister," K Surendran told ANI.

Earlier in the day, the Kerala High Court directed the Enforcement Directorate not to arrest M Sivasankar, former principal secretary to the Kerala Chief Minister's Office till October 23 in connection with the gold smuggling case.

At the request of the Additional Solicitor General seeking time to file a reply in the matter, the High Court adjourned the hearing on the matter till October 23 and directed that M Sivasankar shall not be arrested till then.

M Sivasankar had filed the anticipatory bail application after the ED submitted a chargesheet in the case before the special PMLA court. He submitted that the central agency's chargesheet had allegations and imputations against him, making him apprehensive of an arrest.

The case, which is currently being probed by the ED, NIA and the Customs department, pertains to the smuggling of gold in the state through diplomatic channels.

The matter had come to light after 30 kg gold worth Rs 14.82 crore smuggled in a consignment camouflaged as diplomatic baggage was busted by the Customs in Thiruvananthapuram on July 5.