The Supreme Court will take up the matter on January 13. 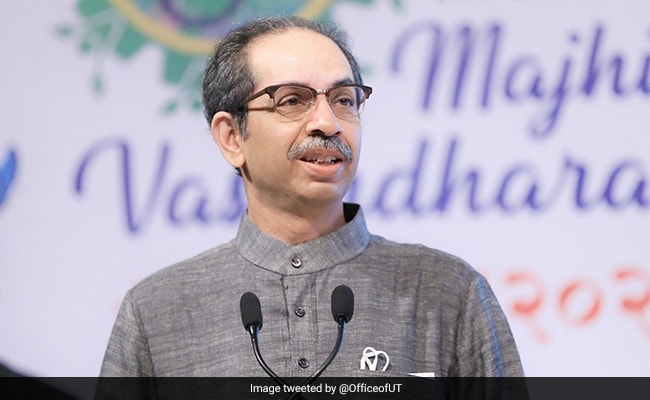 The Uddhav Thackeray-led faction of the Shiv Sena on Tuesday told the Supreme Court that a "completely unconstitutional government is being run" in Maharashtra.

A bench of Chief Justice DY Chandrachud and Justice PS Narasimha said it will hear a batch of petitions on the Maharashtra political crisis on January 13 as it will not be possible for the five-judge Constitution bench to sit next week, which will be for miscellaneous matters.

The top court made the remark after senior advocate Devadatt Kamat, appearing for the Uddhav faction said, "There is some urgency in the matter as a completely unconstitutional government is being run in the state." The bench said that on January 13, it will take up the matter.

Mr Kamat requested the court to at least keep the matters for directions and hearing may commence on January 13.

The bench said, "Yes, we will commence the hearing on that day." On November 1, the top court had said that it will hear the batch of pleas on the Maharashtra political crisis filed by the Shiv Sena factions led by Thackeray and Eknath Shinde on November 29, when it is likely to issue some directions.

The five-judge bench headed by the CJI had asked both the parties to file their written submissions and a joint compilation on the issues to be adjudicated by the constitution bench.

On August 23, a three-judge bench of the top court headed by then chief justice N V Ramana had formulated several questions of law and referred to a five-judge bench the petitions filed by the factions raising several constitutional questions related to defection, merger and disqualification.

The top court had ordered the listing of petitions before the constitution bench and directed the Election Commission not to pass any orders on the Shinde faction's plea that it be considered the real Shiv Sena and granted the party's poll symbol.

It had said the batch of petitions raise important constitutional issues relating to the 10th schedule of the Constitution pertaining to disqualification, power of the Speaker and Governor and judicial review.