Government Capable Of Handling Pakistan At UN, We Stand With It: Congress

The Congress leader said the party condemns Pakistan if it calls Indian prime minister as "Hitler" for the use of words. 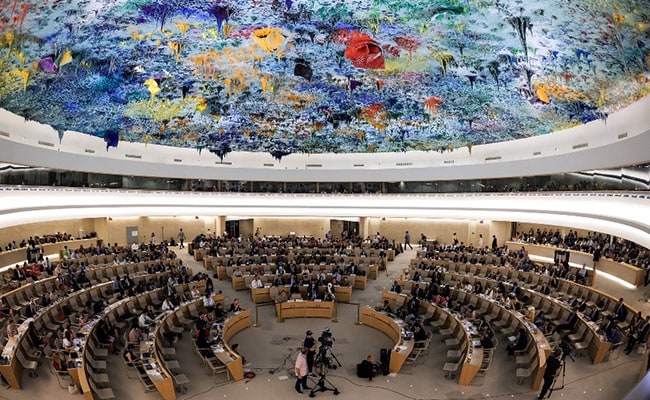 Kashmir is an inseparable and indispensable part of our country, Congress's Ragini Naik said.

The Congress on Tuesday said the government is capable of handling Pakistan at the United Nations and it stands with it in solidarity to tackle "manipulative actions" of the neighbouring country seeking to internationalise Kashmir.

Congress spokesperson Ragini Naik said it is also the government's responsibility to tackle Pakistan when it uses the statements of opposition leaders like Rahul Gandhi on Kashmir to defame India.

"Kashmir is an inseparable and indispensable part of our country and let me also say that whatever tactics Pakistan is resorting to, I am sure the Indian Government is capable of handling the same at the podium of United Nations. The Congress party stands in solidarity with the government in tackling any such manoeuvres or manipulative actions of Pakistan," she said at a press conference.

The Congress leader said the party condemns Pakistan if it calls Indian prime minister as "Hitler" for the use of words.

"Pakistan wants to internationalise Kashmir issue so as to present India in bad light and hurt its image. The atrocities and violations of human rights in Pakistan are known the world over. The Congress wants that the Government of India should give befitting reply to Pakistan and it is fully capable to do that," she said, adding that such matters should not be politicised.

"If Pakistan calls names to our prime minister or presents the statements of opposition leaders in such a way so as to gain politically, then it is the government's responsibility to tackle it," she said.

Ms Naik said it would be good if there is coordination between the opposition and the government, then a day will come when the problem will be eradicated from its roots.

To a question on which way the country's diplomacy is going after US President Donald Trump has evinced interest in resolving issues between India and Pakistan, she said, "it is a prerogative of the MEA and MEA has to sort this out."