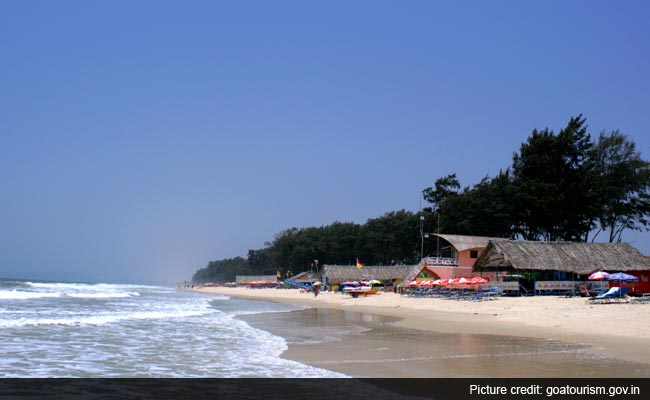 Panaji: With a poor tourist season for Goa and no foreseeable sign of its resurrection, the road ahead is a tough one for the tourism-oriented state, according to top officials of the Russian Information Centre (RIC) in Goa, which aims to foster an atmosphere of confidence for Russian tourists in the beach state.

RIC head Ekaterina Belyakova conceded that the European economic crisis, bankruptcy among tour operators and the Russia-Ukraine conflict had hit Goa's tourism industry hard, but said that tourism is in regression in the state due to lack of cooperation to solve general infrastructure issues and hygiene and garbage issues that have remained unresolved for years.
"This season was extremely difficult because the crises were not predictable and affected everyone hard. No one in the market was ready for that," Ms Belyakova told IANS.

Goa's tryst with Russian tourists started in 2003, when the first charter flight flew in from Russia to the western Indian state, which is also known as one of the country's best beach tourism destinations.

Since then, Russians from cities like Moscow, St. Petersberg and Yekaterinburg, among others, have upstaged Britons to emerge as the single largest contingent of foreign tourists to Goa. In 2014, 189,486 Russians landed at Goa's Dabolim airport, while Britain accounted for 129,901 tourists, according to the Economic Survey of Goa report, which also said that over 510,000 tourists from nearly 30 countries landed in Goa that year.

The Russian market, however, went awry in the tourist season of 2014-15 (from October 2014 to March 2015), due to a triple whammy: the Ukraine-Russia conflict, the European economic crisis and key Russian tour operators, several of whom were renowned for cheap Goa packages, going bankrupt.

The obvious signs of this steep drop are there for all to see.

"In Calangute, business is down by at least 70 percent," Prakash Chavan, a taxi driver who operates from the north Goa beach village, known as the mecca of nightlife here, told IANS.

"If the slump persists in the next season, I will have to sell my taxi and take up another business," Mr Chavan added.
Belyakova noted that what could bode worse for Goa is not just the current slump but what could happen in the near future if the state did not resolve its tourism-related delivery and infrastructure mechanism.

"The loss of confidence and lack of cooperation for finding solutions to general problems exacerbate it more, reducing the number of Russian tourists in the state. Today, we can't talk not even about the possibility of tourism industry development, but of its regression," said Ms Belyakova.

Issues like garbage management, safety of tourists, especially women, overpriced utilities and failing law and order, police harassment and corruption have been common gripes of all tourists across the spectrum, right from Britons to Germans to Russians. And no obvious efforts by the state government to address these concerns on a war footing isn't helping matters much.