This unusual bonding between a lioness and a leopard cub was first spotted by forest staff around six days ago, a Gujarat forest official said. 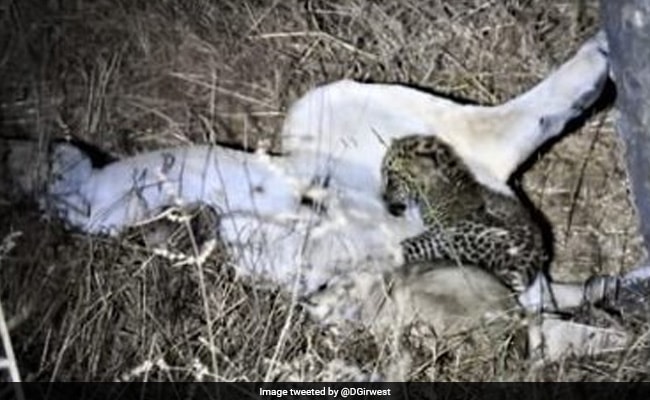 The leopard cub can be seen at ease and at home with the lioness as well its cubs in the photos.

In what Gujarat forest officials are claiming is a "rare phenomenon", a lioness in the state's Gir Forest has "adopted" a one-and-half month old leopard cub separated from its mother.

Along with two of its own cubs, the lioness, spotted in the forests of Gir-West division, is feeding the leopard cub and is also keeping a vigilant eye on lions around who might kill the cub, said Deputy Conservator of Forest, Gir-West division Dheeraj Mittal.

This unusual bonding between a lioness and a leopard cub was first spotted by forest staff around six days ago, he said. 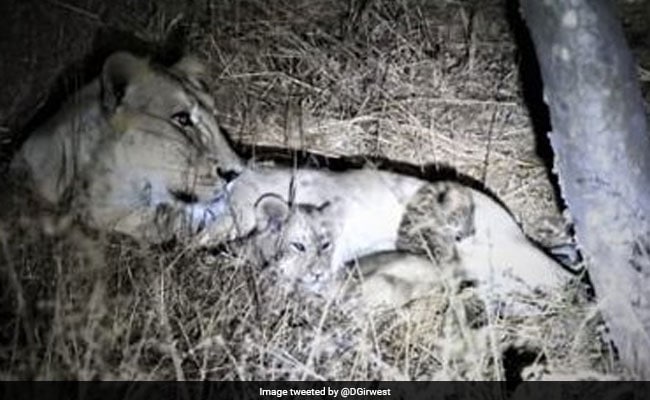 Mr Mittal has shared pictures and videos of this unique bond with people through social media platforms.

"It is indeed a rare phenomenon, as lions tend to kill leopards. In this case, it is quite opposite to what we know about big cats. The lioness is taking extra care of a leopard cub. The lioness is even protecting it from lions present in the area," said Mr Mittal. 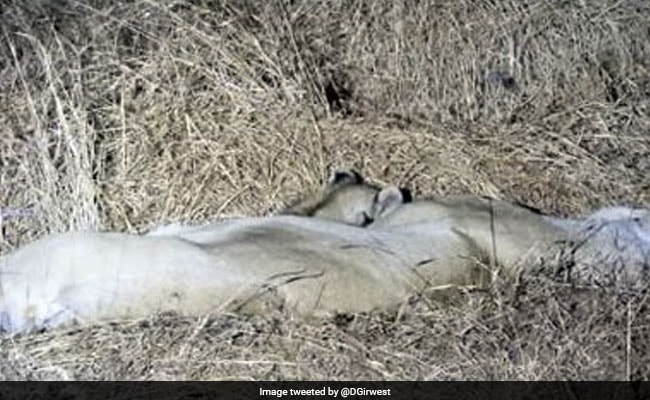 Some of the pictures show the lioness feeding the cub

In the photographs shared by Mr Mittal, the leopard cub can be seen at ease and at home with the lioness as well its cubs. Some of the pictures show the lioness feeding the cub.

"We are also surprised to see how a leopard cub understands the signs and sounds of a mother lioness. While roaming around, the lioness is taking extra care as she understands that the leopard cub is not able to match her pace or that of her cubs," said Mr Mittal.

On the whereabouts of the leopard cub's mother, Mr Mittal said, "It is possible that the mother leopard might have abandoned the cub, or she may have lost the cub accidentally.

It is also possible that she is around but afraid of going near the lioness," said Mr Mittal. 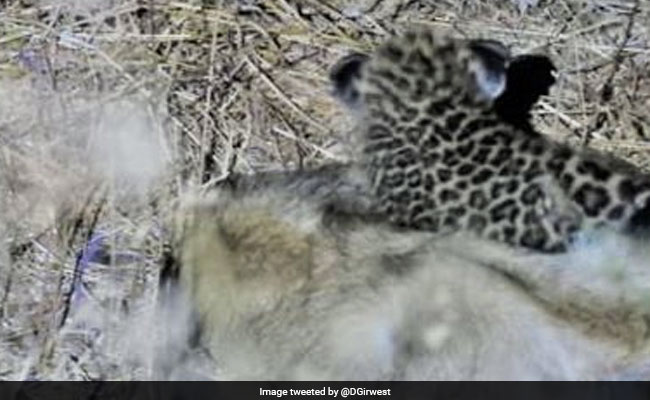 The lioness is protecting the cub from lions present in the area," an official said

"We are having no plans to retrieve the cub. We will not interfere with nature. But we are keeping a close watch on the lioness," said Mr Vasavada, who heads the Junagadh Wildlife Circle.