Ghar Vapasi to Continue Till Conversions are Banned: Yogi Adityanath 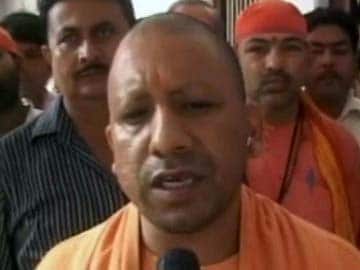 BJP MP Yogi Adityanath has said that conversions by the Vishwa Hindu Parishad (VHP) will continue until the government bans the practice.

"Conversions spoil communal amity in the country. It should be banned. If conversions continue, I feel 'Ghar Vapasi' programme will continue," said the saffron-robed parliamentarian, speaking at a VHP event on Monday.

The VHP and other pro-Hindu outfits have been criticized for organizing conversions that they describe as "gharvapsi or homecoming" of Hindus who had converted to other religions long ago.

Mr Adityanath has repeatedly backed what he calls "re-conversions" despite Prime Minister Narendra Modi's warnings to party men against controversial statements that divert focus from his government's development agenda.

"India's problem is not malnutrition or poverty. India's problem is vote bank politics fuelled by jehadi fervour. In Hindu society everyone feels safe, every mother and sister feels safe. There is guarantee of safety of each and every religious sect here."

"But why does a Muslim area feel insecure? Why do anti-national activities breed there? Why do they give space to jehadi fervour and anti-India slogans.

Promoted
Listen to the latest songs, only on JioSaavn.com
"In an India-Pakistan cricket match if India wins, they mourn if India loses they celebrate by bursting crackers. Why? Have you ever asked these questions to the secularists of the country," Adityanath said,

Days ago, Prime Minister Narendra Modi had made a strong pitch for religious freedom and said, "My government will ensure that there is complete freedom of faith and that everyone has the undeniable right to retain or adopt the religion of his or her choice without coercion or undue influence."