Lok Sabha elections 2019: "Rahul Gandhi Is A Cannon And I Am AK-47", Says Navjot Singh Sidhu 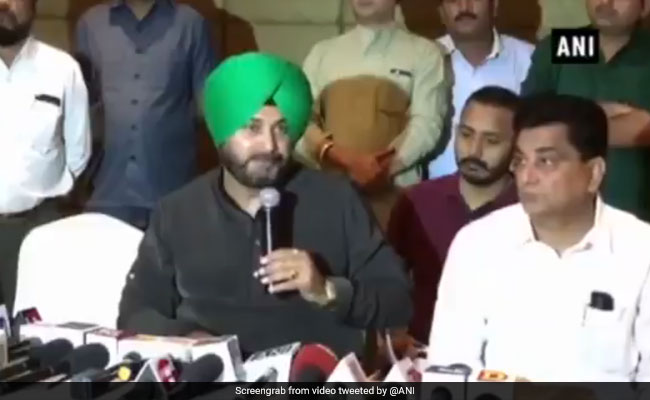 Navjot Singh Sidhu says he wants to ask PM Modi whether he took brokerage in Rafale deal or not.

Congress leader Navjot Singh Sidhu today said Prime Minister Narendra Modi came as "Ganga's son" in 2014 but will go as an "agent in Rafale" after the ongoing elections.

"I want to ask Narendra Modi whether he took brokerage in Rafale deal or not. He can debate with me anywhere in the country. Rahul ji is a big thing. He is a cannon and I am AK-47," Sidhu said while addressing an election rally here.

"I challenge Narendra Modi to debate on ''Na khaunga na khane dunga'' (neither I will do corruption nor will let anyone commit it). If I lose, I will quit politics forever. I want to say that Narendra Modi came in 2014 as the son of Ganga and he will go in 2019 as an agent in Rafale," he added.

Himachal Pradesh, where four Lok Sabha seats are at stake will go to polls on May 19. The counting of votes will take place on May 23.

India To Have 9 Nuclear Reactors By 2024, North India To Get Its First: Centre