Sampat Nehrawas a sharpshooter with the notorious Lawrence Bishnoi gang. Bishnoi had threatened to kill Salman Khan in January. 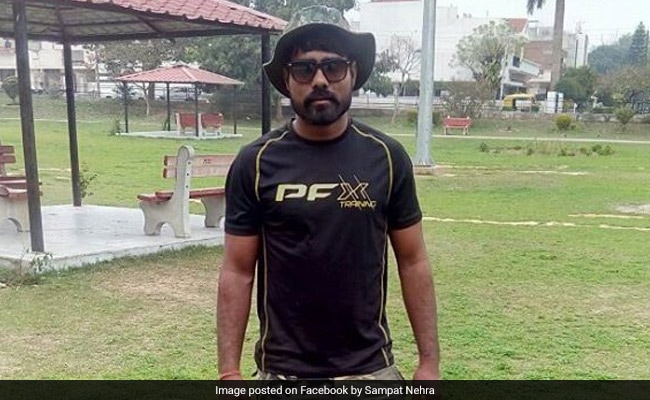 Sampat Nehra had gone to Mumbai to take note of Salman Khan's movement around his house.

New Delhi: Wanted gangster Sampat Nehra, who was arrested in Hyderabad earlier this week, was working on a plan to kill actor Salman Khan, according to the Haryana Police.

Nehra, 28, had gone to Mumbai for a recce as part of the plan; he clicked photos of the actor's home and the routes leading to it on his mobile phone.

"In the first week of May, Sampat Nehra was in Mumbai and surveyed the house of Salman Khan and the time when he comes out in the balcony of his house to wave to his fans. He tried to find out the distance to the balcony and had even taken few photographs of the house," said Satheesh Balan, Deputy Inspector General (DIG) of Haryana Special Task Force, on Saturday..

Sampat Nehra, wanted in over a dozen cases of murder, extortion, and robbery, was a sharpshooter with the notorious Lawrence Bishnoi gang. Bishnoi had threatened to kill Salman Khan in January.

Rajasthan's Bishnoi community, to which Lawrence Bishnoi belongs, had doggedly pursued the 20-year-old blackbuck poaching case against the actor; in April, the 52-year-old star was sentenced to five years in jail for killing two blackbucks in 1998 while shooting for the film "Hum Saath Saath Hain". He was released on bail after spending two nights in prison at the Jodhpur Central Jail.

Nehra was arrested by the Special Task Force of the Haryana Police on June 6.

Nehra and his gang were involved in the attempted murder of an INLD leader's brother, demanding a ransom of Rs. 3 crore from a businessman in Chandigarh, opening fire at a police team to free their associate Deepak from police custody and killing a man after looting his SUV at gun point in Kurukshetra.