Not only are these idols being made from natural materials, but they also come in interesting shades such as masked Ganesha and tricolour Ganesh, among others. 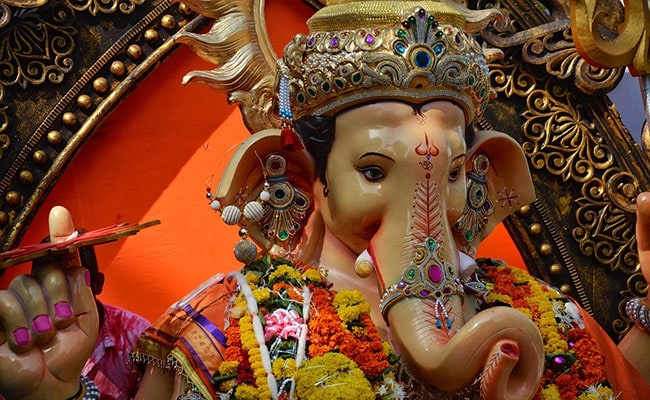 Indore group has come up with the unique idea of creating eco-friendly Ganesha idols. (Representational)

While the ongoing coronavirus crisis has dampened the spirit of all festivals, an Indore group has come up with the unique idea of creating eco-friendly Ganesha idols for the upcoming Ganesh Chaturthi.

Not only are these idols being made from natural materials, but they also come in interesting shades such as masked Ganesha and tricolour Ganesh, among others.

"Prime Minister during his Mann Ki Baat address had said that the Ganesh Utsav should be celebrated in an eco-friendly manner. Keeping that in mind, our Lok Sanskriti Manch started training women in making Ganesha idols from soil and cow-dung," said MP Shankar Lalwani, who is supporting the makers Lok Sanskriti Manch.

"Some of them thought that since the Corona crisis is ongoing, therefore, they made a set of idols showing victory over coronavirus. Another type showing Ganeshji as a doctor was also made. Similarly, as Independence Day is approaching, another set of idols with Ganeshji in Tricolours was also made," he added.

The Indore MP further said that inside each idol a seed of trees such as Peepal (sacred fig), Neem, among others have been added so that after the puja during the festival, "immersion can be done in vase or gardens and the tree will bring further benefits for the environment."

Ekta Mehta, who is overseeing the training of the women for the idol-making process, also said that a retail outlet for selling them will be opened soon and the proceeds from it will be distributed among the women.

"Our MP provided us with direction and raw materials, we are currently training close to 300 women. The raw materials are provided to these women, and further, a selling point will also be opened from where it will be sold to the general public. The proceeds from the sale will be given to these women," Ms Mehta said.

The festival is celebrated with much grandeur in Maharashtra, Tamil Nadu, Karnataka, Gujarat among other states.