People visiting Gujarat to attend the October 2 function at Sabarmati Riverfront will be taken to different places associated with Mahatma Gandhi. 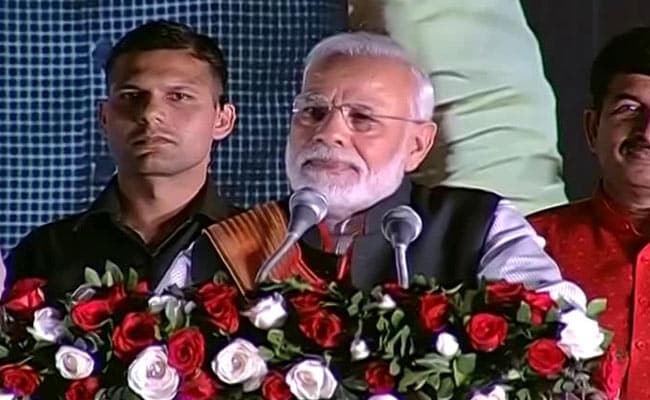 Around 1,500 people are likely to join the drive to clean Dandi beach, says official

Prime Minister Narendra Modi will visit the Sabarmati Ashram here on Wednesday, on the occasion of the 150th birth anniversary of Mahatma Gandhi, and later declare the country open defecation-free, a BJP leader said.

Several events will be organised in the city and other parts of Gujarat on Wednesday as part of the sesquicentennial year of Mahatma Gandhi's birth anniversary.

PM Modi will arrive at the Ahmedabad airport around 6 pm, and will be greeted by BJP workers at a function organised there by the party's city unit.

He will then visit the Sabarmati Ashram to pay tributes to the Father of the Nation, state BJP president Jitu Vaghani said.

From there, he will go to the Sabarmati Riverfront, where he will declare the country open defecation-free (ODF) in the presence of over 20,000 village heads, he said.

"PM Modi will also attend the state-level Navratri festival organised at the city's GMDC ground. He will spend some time at the garba ground before leaving for Delhi," Mr Vaghani said.

People visiting Gujarat to attend the October 2 function at Sabarmati Riverfront will be taken to different places associated with Mahatma Gandhi, like the memorial at Dandi, which is associated with the historic salt march led by him in 1930, and the Mahatma Mandir in Gandhinagar.

The administration of Navsari district, where Dandi is located, has organised a mega cleanliness drive at the Dandi beach, where Mahatma Gandhi made salt as part of a civil disobedience movement, known as the ''Salt Satyagrah''.

At the Gandhi Ashram at Sabarmati in Ahmedabad, the day will begin with a ''sarvadharm prarthana'' (all faith prayer) to be held around 8.30 am.

Around 900 students from primary schools across the state will gather at the Sabarmati Ashram and some of them will share their views on Mahatma Gandhi's teachings of non-violence.

The ashram trust said these children are among the 30,000 students from government primary schools who are being taught a lesson in non-violence by facilitators trained at the Sabarmati Ashram.

Students will speak on topics like ''Gandhi and non-violence'', and ''Gandhi and cleanliness'', the trust's director Atul Pandya said.

Chief Minister Vijay Rupani will spend the morning in Porbandar, the birth place of Mahatma Gandhi, and will dedicate to the city a riverfront constructed on the Asmavati river at a cost of Rs 44 crore.

He will also attend a prayer meet at Kirti Mandir, the ancestral house of the Gandhi family where Mahatma Gandhi was born on October 2, 1869.

Mr Rupani will also take part in a cleanliness drive in the city which will be attended by a large number of people.