While the Congress leader implied that Nitin Gadkari was talking about Devendra Fadnavis, the Union minister has denied that he had ever said anything against the former Chief Minister. 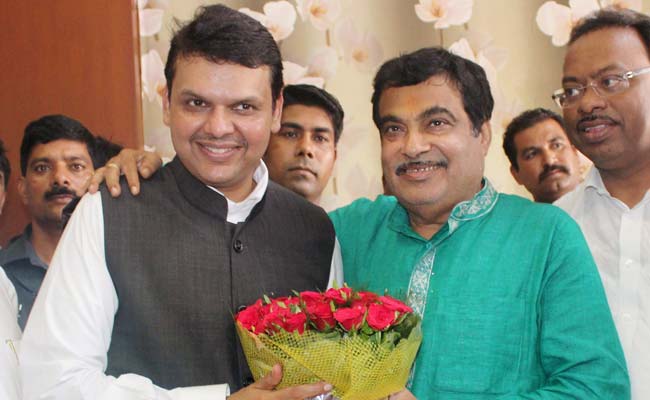 Union minister and senior BJP leader Nitin Gadkari wanted to "teach a lesson" to his party colleague Devendra Fadnavis, Maharashtra minister Vijay Wadettiwar claimed at an election rally in the state on Thursday.

While the Congress leader implied that Mr Gadkari was talking about Devendra Fadnavis, Nitin Gadkari has denied that he had ever said anything against the former Chief Minister.

"Roads in Nanded will be better now as the Public Works Department Minister (Ashok Chavan) is from Nanded. A few days ago, a meeting was held with Union Minister for Roads and Transport Nitin Gadkari where he agreed to give funds for projects in the state," Mr Wadettiwar said at the rally.

People in Nagpur know that there are two big "faces" (leaders) in the city - Nitin Gadkari and Devendra Fadnavis who do not get along, the Congress leader further said.

"Nitin Gadkari said into the ear (during the meeting) that he wanted to teach a lesson to him. And he taught a lesson," Mr Wadettiwar said without specifying who was "him".

But in a statement issued in Nagpur through his personal assistant, Nitin Gadkari said he never spoke against Mr Fadnavis.

"I had never said anything to Vijay Wadettiwar in secret. He should not make such irresponsible, false and baseless statements and indulge in mischievous politics," he said.

"Devendra Fadnavis is like my younger brother. Besides, he is an important leader of my party. Speaking ill of each other is the culture of Congress," Mr Gadkari added.

Maharashtra progressed during Mr Fadnavis' tenure as Chief Minister and he is doing an excellent work as the Leader of Opposition in the Assembly now, the union minister added.

Congress leaders have been sidelined in the coalition government in Maharashtra which includes the Shiv Sena and the Nationalist Congress Party, and hence they are frustrated and making such statements to sow confusion, he said.