From 'Gateway To Hell', PM Modi To Launch Party's UP Campaign For 2019

For 2019, PM Modi has chosen Maghar - about 200 km from Varanasi - that has been considered, by the superstitious, as a 'gateway to hell'. That anyone who died in Maghar would go straight to hell. 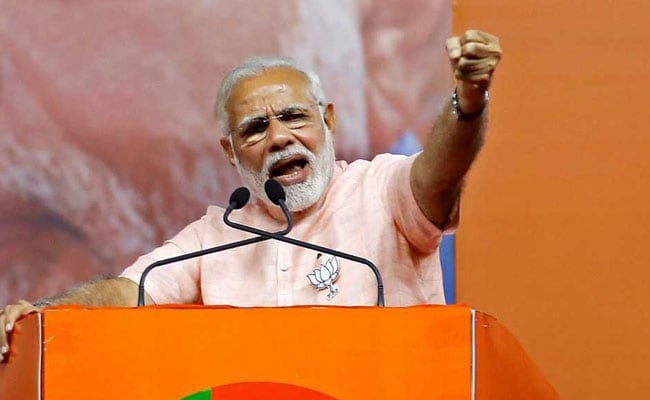 Prime Minister Narendra Modi will travel to eastern Uttar Pradesh's Sant Kabir Nagar district today on a visit laden with symbolism that is also seen to signal the launch of the BJP's campaign for next year's general elections in Uttar Pradesh.

In the 2014 elections, PM Modi and his party had made Varanasi the epicentre of his party's campaign in UP. He had won the Lok Sabha seat of Varanasi, considered among India's most holy city that is visited by thousands of pilgrims each day in search of moksha, or enlightenment, on the banks of river Ganges that flows by.

This time, for 2019, PM Modi has chosen Maghar - about 200 km from Varanasi - that has been considered, by the superstitious, as a 'gateway to hell'. That anyone who died in Maghar would go straight to hell.

It is a superstition that the 15th century poet and mystic Kabir - known for his message of tolerance - had sought to dispel when he travelled to Maghar to breathe his last.

A statement by the PMO says PM Modi will offer floral tributes at Sant Kabir Samadhi on the occasion of the 500th death anniversary of the great saint and poet and pay his respects at his mausoleum. He will also visit the Sant Kabir Cave and lay the foundation stone of a Sant Kabir Academy that Yogi Adityanath's government hurriedly cleared at its meeting yesterday.

PM Modi will cap his visit with a public meeting in the town barely 30 kilometres from Gorkahpur, the homestead of Chief Minister Yogi Adityanath which sent him to parliament for five straight terms. But a combined opposition snatched the seat from his nominee when the Mayawati's Bahujan Samajwadi Party supported arch rival Samajwadi Party candidate in Lok Sabha by-elections this year.

The humiliating defeat in Gorakhpur kept the opposition parties glued together, convinced that the opposition just might be able to defeat the ruling party if they contested elections together. A win in Uttar Pradesh's Kairana bypolls a few months later has cemented this perception. It did not seem to matter any longer than the BJP rode a Modi super-wave just last year winning 312 of the state's 403 seats.

Both Akhilesh Yadav and Mayawati have said their alliance will continue into Lok Sabha 2019 and a tough fight has been predicted for the BJP if they keep their word.

It is in this context that PM Modi's outreach to followers of Sant Kabir, many of them from the Dalit and backward Hindu communities as well as Muslims, is seen.

In his last Mann Ki Baat radio address too, PM Modi had spoken about how Sant Kabir Das, held in high esteem by both Hindus and Muslims, had stressed upon the virtues of social equality, peace and brotherhood and fought superstition.

It is a message that PM Modi is expected to carry forward, particularly given how the opposition parties have been trying to turn attacks on Dalits, minorities and the weaker sections, into a key campaign plank for the 2019 Lok Sabha elections.

The opposition has built the narrative that the BJP's track record towards these communities has been rather patchy, particularly so in Uttar Pradesh under Yogi Adityanath, the fiery Hindutva mascot. Incidents like the recent murder of a 45-year-old man Qasim, allegedly beaten to death over rumours of cow slaughter in western Uttar Pradesh's Hapur, only perpetuates this perception.