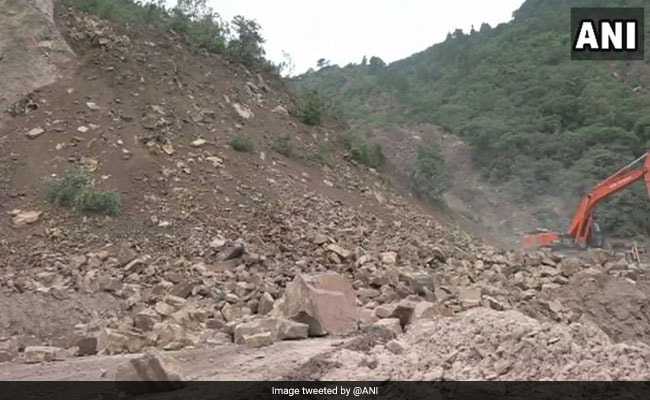 A fresh landslide blocked the Jammu-Srinagar national highway in Ramban district on Saturday, leaving thousands of commuters stranded at various places, officials said. The traffic on the 270-km highway, the only all-weather road linking Kashmir with rest of the country, was restored in the morning after remaining closed for two days due to heavy snowfall and landslides at several places.

"A massive landslide occurred on the highway near Mahar, 2 km away from Ramban town, around 2 pm, forcing closure of the road," a traffic department official said.

A clearance operation was immediately launched but, given the volume of the debris, the road is likely to be thrown open for traffic only on Sunday, according to the official.

Light motor vehicles (LMVs) were allowed to move from both sides -- Jammu and Srinagar -- on Saturday morning, the official said, adding the fresh landslide left thousands of commuters stranded.

The Jammu-Srinagar national highway was closed for traffic on Thursday after the Kashmir Valley and high-altitude areas of the Jammu region experienced first major snowfall of the season.

Mughal road, the alternate road that connects border districts of Poonch and Rajouri, remained closed for the fourth day on Saturday, the officials said.

The road was closed for traffic on Wednesday after heavy snowfall along the Pir Ki Gali and Shopian stretch, the officials said.