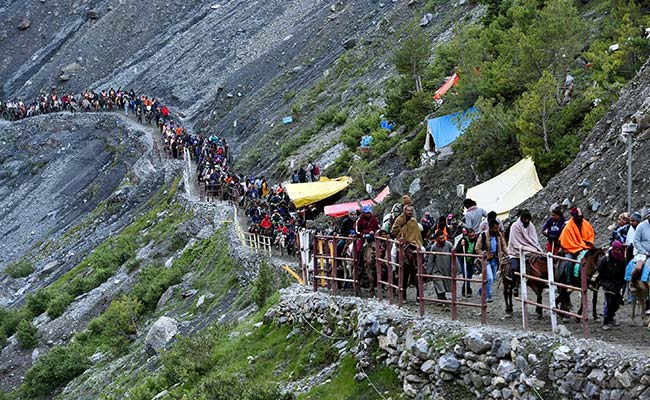 Jammu: A fresh batch of 57 pilgrims today left for the cave shrine of Amarnath in the south Kashmir Himalayas, amid tight security.

The batch comprising 47 men, eight women and two children left in three vehicles from Bhagwati Nagar base camp in Jammu at 4.55 am, a police official said.

Amid tight security arrangements made by CRPF, the pilgrims would reach at the twin base camps of Pahalgam and Baltal by this evening, he said.

Till yesterday, 3,49,242 pilgrims paid obeisance at the cave of Lord Shiva.

With today's batch, 48,534 pilgrims have so far left from the Jammu base camp for the shrine.