The Sena, a long-time ally of the BJP, had last month joined hands with ideological rivals Congress and NCP to form a government in Maharashtra. 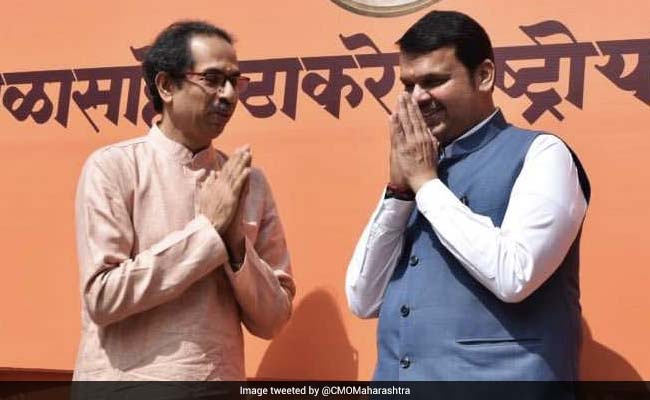 The Shiv Sena on Saturday said that the Uddhav Thackeray-led party has "eased the burden" of relationship with the BJP resulting into a "free atmosphere" not only in Maharashtra but also in the BJP camp.

The Sena, a long-time ally of the BJP, had last month joined hands with ideological rivals Congress and NCP to form a government in Maharashtra with Uddhav Thackeray as Chief Minister.

In an editorial in the party mouthpiece "Saamana" on Saturday, the Sena took a dig at the BJP over disgruntled leaders Eknath Khadse and Pankaja Munde.

"The BJP should stop making comments like it is ready to talk to us. Some members of the BJP have even said that they will not sit in the Opposition for long. However, as the Shiv Sena has eased the burden of relationship with the BJP, Maharashtra is also feeling lighter and there is a free atmosphere now," it said.

In fact, the atmosphere is so free and lighter now that BJP leader Eknath Khadse is speaking his mind openly, the Sena said, apparently referring to Mr Khadse's open criticism of certain BJP leaders for the electoral losses.

"He (Khadse) met Sharad Pawar and also held discussions with Chief Minister Uddhav Thackeray. He now courageously says that he is free to take his own decision. The same is true with (former BJP minister) Pankaja Munde. Everybody is feeling relieved of stress now," the Sena stated.

Devendra Fadnavis had questionned whether Uddhav Thackeray had promised his late father Bal Thackeray to install a CM of the Sena in Maharashtra by taking the help of the Congress.

"It seems that the Leader of Opposition in the Legislative Assembly (Fadnavis) is still obsessed with power. It will take him some time to adjust. Those who aimed for power by breaking the Congress party should not lecture us on taking help of the Congress to form a government," it stated.

The Sena reminded the BJP that leaders like Ram Vilas Paswan (LJP) and Nitish Kumar (JD-U), who had criticised PM Narendra Modi in the past, are the allies of the BJP.

"In 2014 (before the Maharashtra assembly elections), Khadse had announced with pride that the BJP was snapping its alliance with the Shiv Sena. Cut to 2019. He is left nowhere now. Similarly, in 2019 (after the results of the state assembly polls), Fadnavis did not honour the commitment given to the Sena, and he became politically unemployed," it stated.

The Sena has been accusing the BJP leadership, especially then chief minister Devendra Fadnavis, for not honouring the pre-Lok Sabha poll "promise" that the Sena will get the post of the chief minister of Maharashtra for a period of 2.5 years in the event of the NDA coming to power in October this year.

Days after Mr Fadnavis refuted the Sena's claims after the poll results, the Sena walked out of the NDA alleging "betrayal" and joined hands with the NCP and the Congress to form a coalition government.