France To Pitch For Naval Version Of Rafale 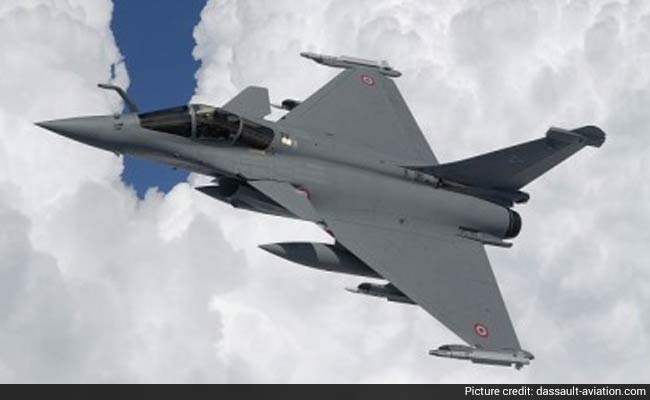 The Air Force is set to acquire 36 Rafales under a government-to government deal with France.

New Delhi: A high-level French team is set to meet senior officials of the Navy soon to brief them about the naval version of fighter jet Rafale as India works on the design of its next indigenous aircraft carrier - Vishal.

Defence sources said that during the meeting, the French side will give a presentation on the various aspects of the naval version of Rafale and the benefits it will bring at a time when the Air Force will operate Rafale too.

The Air Force is set to acquire 36 Rafales under a government-to government deal. The development comes when the Navy is in the design phase for the next aircraft carrier.

Sources said that India has written to four countries, including France, seeking proposals for the design of the aircraft carrier that will have over 50 planes on board.

While India currently operates two aircraft carriers INS Vikramaditya and INS Viraat, the latter is set to be decommissioned soon. The country's first indigenous aircraft carrier Vikrant is already under construction in Kochi and is scheduled to be handed over by end of 2018.

Sources said that one of the basis for the design will be the aircraft component of the carrier.

"At this moment, we are doing with what we have," the sources said.

The Navy will deploy MiG 29K fighter aircraft on Vikrant. However, it is not clear if the Navy will stick to MiG 29K or go in for a new aircraft for Vishal.

As per the Navy's plan, Vishal would be a 65,000 tonnes aircraft carrier and will be about 300 metres long and about 70 metres in width.

While the exact propulsion system for it has not been decided, sources indicated it could well be a nuclear one.

"Given the long life cycle of a carrier, about 50 years, the cost of the nuclear propulsion will be recovered as nuclear means longer duration and better availability," sources said.