Not Worried Over Slow Rate Of GDP Growth: Pranab Mukherjee

Pranab Mukherjee, who also served as the finance minister in the UPA government, further said there is nothing wrong in public sector banks needing capital infusion. 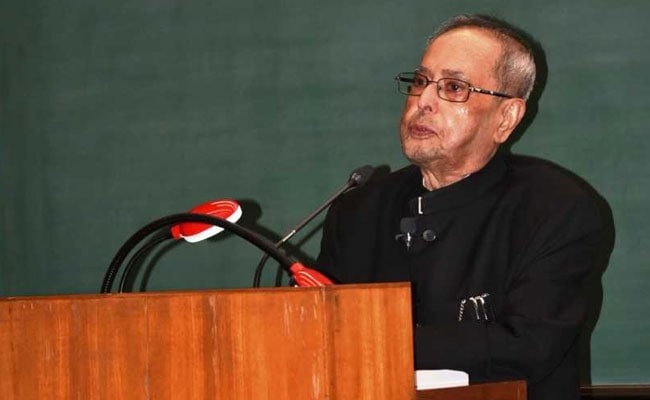 Former President Pranab Mukherjee said on Wednesday that he was not worried over the economic slowdown as "certain things" that are happening would have its impact.

Mr Mukherjee, who also served as the finance minister in the UPA government, further said there is nothing wrong in public sector banks needing capital infusion.

"I am not worried over the slow rate of GDP growth in the country. Certain things happening will have its impact," he said while addressing an event at the Indian Statistical Institute (ISI).

He said Indian banks showed resilience during the financial crisis in 2008.

"I was the finance minister then. Not a single public sector bank had approached me for money," he said.

Now, the public sector banks need massive infusion of capital and there is nothing wrong in it, Mukherjee added.

The former president also noted that dialogue is important in a democracy to solve problems. "Dialogue is inevitable," he said.

He further said sanctity of data is equally important in a democracy. "Sanctity of data should be kept intact. Else, it will have disastrous impact," he said.

Stating that the erstwhile Planning Commission played an important role in the development of the country's economy, Mr Mukherjee said, "I am happy that some functions are still being carried on by the Niti Aayog."