Former MP Gopinath Deo Dies At 76 In Odisha After Illness

In his condolence message, Chief Minister Naveen Patnaik said Gopinath Deo's demise was a "great loss" for the state. 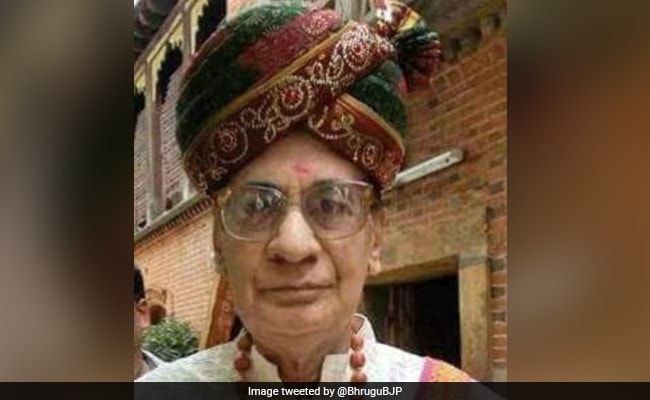 Gopinath Gajapati Narayan Deo died at the age of 76 today.

Gopinath Deo, also known as the titular head of Odisha's Gajapati dynasty, is survived by daughter Kalyani Gajapati, who had unsuccessfully contested the 2019 assembly elections on a BJD ticket from Paralakhemundi constituency.

In his condolence message, Chief Minister Naveen Patnaik said Gopinath Deo's demise was a "great loss" for the state.

Official sources said the former MP would be cremated later in the day with full state honours, and forest and environment minister Bikram Keshari Arukha would attend the funeral on behalf of the chief minister.

Gajapati Dibyasingha Deb of Puri, who is a nephew of Gopinath Deo, hailed him as a "man who had made valuable contributions towards Odisha''s progress and development".

The former parliamentarian had long been suffering from heart-related ailments.

Born on March 6, 1943, Gopinath Deo had represented the Berhampur parliamentary constituency for two terms as a Congress member. He switched over to the BJP in 1998 and joined the ruling BJD a decade later, in 2009. The Odisha government had in 2017 announced that it would bear all expenses of his treatment.