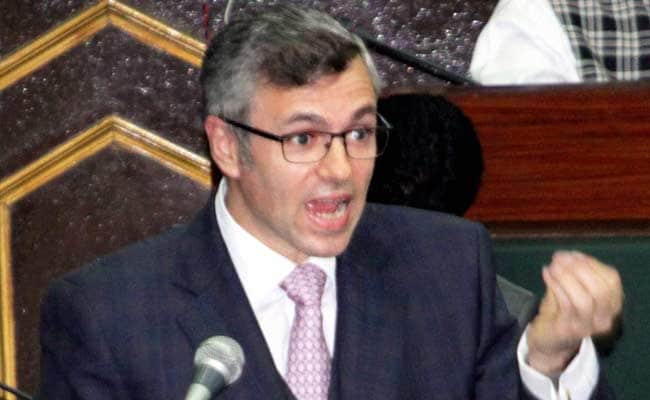 Expressing hope that Indian cricket team would continue its winning streak, former Jammu and Kashmir Chief Minister Omar Abdullah has wished the team "best of luck" as the team take on Australia in the ICC World Cup semi-final today.

"I wish the team (India) best of luck for today's game against Australia," Omar Abdullah told reporters in Jammu today.

Mr Abdullah said that team India had a good start in the match and he expressed hope that Indian team would win the match.

"Team India had a very good start in the game today, they have taken one wicket, I am hopeful they will win this match," he said.

Promoted
Listen to the latest songs, only on JioSaavn.com
The former Jammu and Kashmir Chief Minister said that team India would continue its winning streak by winning today's match, "Team India has so far won all its matches in the tournament and I am hopeful that they continue to win all the games," he said.

When asked who he feels would be the favorite player for the day he said, "This is a team game and all are favorite as the game will be won by the team effort."