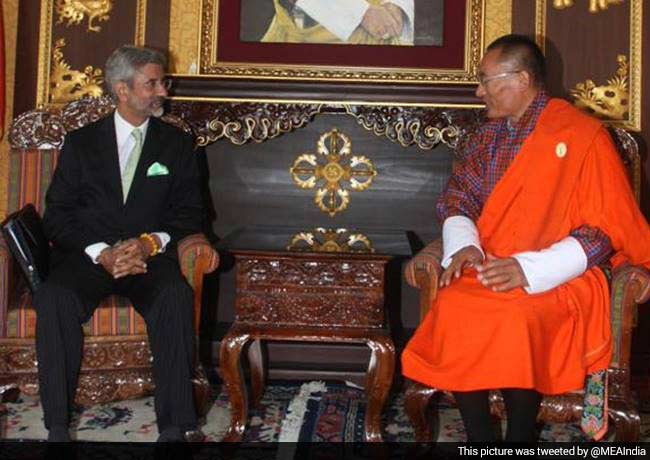 The Foreign Secretary called on Bhutanese Prime Minister Tshering Tobgay soon after arriving here on the first leg of his 'SAARC Yatra'.

Thimphu is the first stop for Mr Jaishankar who will travel to three other countries during the 'yatra'. He is also scheduled to meet Bhutan King Jigme Khesar Namgyel Wangchuck.

Promoted
Listen to the latest songs, only on JioSaavn.com
Another tweet by Mr Akbaruddin said,

During the visit to the capital cities of SAARC nations, Mr Jaishankar will review various initiatives for the region, including SAARC satellites and regional university, as were proposed by Prime Minister Narendra Modi during his visit to Nepal for SAARC Summit last year.