Banned Since 2019, Boeing 737 Max To Fly Over India With Regulator Nod

The aviation regulator said it will issue "special flight permits" to fly 737 Max planes "to a base for storage, repairs, alterations or maintenance". 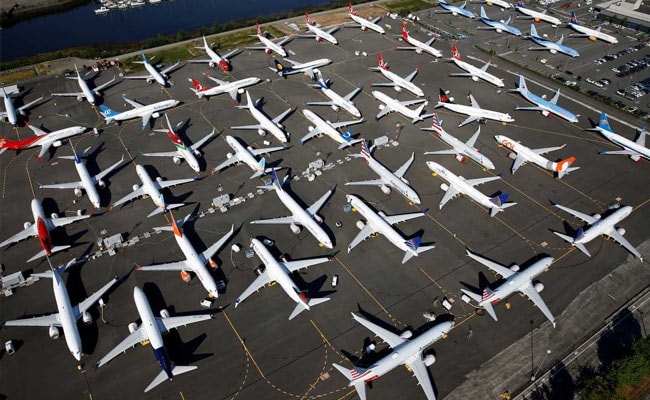 In March 2019, 737 Max jets were banned by regulators of almost all countries including India (File)

Indian aviation regulator DGCA today allowed foreign-registered Boeing 737 Max aircraft, which were grounded in the country since the March 2019 fatal crash of such a plane in Ethiopia, to overfly India after taking the agency's permission.

Moreover, foreign lessors are allowed to fly their grounded 737 Max aircraft out of India after taking the regulator's permission, the Directorate General of Civil Aviation (DGCA) order said.

On March 13, 2019, all Boeing 737 Max planes were grounded in India by DGCA after the crash of an Ethiopian Airlines 737 Max plane on March 10 near Addis Ababa which had left 157 people, including four Indians, dead.

The regulator said on Tuesday it would issue "special flight permits" to fly 737 Max plane "to a base for storage, repairs, alterations or maintenance".

Aircraft manufacturer Boeing has been modifying the 737 Max plane since March 2019 so that various countries' regulators, including the DGCA, permit its passenger flight operations again.

The DGCA stated today that the ban imposed on March 13, 2019 would not be applicable on foreign-registered 737 Max plane that want to overfly "the Indian airspace". However, such a plane must have the permissions from "regulatory authority of the state of registry" as well as the DGCA.

The second provision of DGCA's order said foreign-registered 737 Max plane, currently grounded in India, can conduct "operational readiness flight" followed by "ferry flight outside India" after taking permission from the Indian regulator as well as "regulatory authority of the state of registry".

The second provision will allow foreign lessors to fly their 737 Max planes, currently grounded in the country, out of India.

On March 13, 2019, SpiceJet had to ground 12 Max planes, forcing it to cancel a significant number of flights on that day as well as on the next day.

Jet Airways also had five Max planes in its fleet but they were already grounded as on March 13, 2019, due to non-payment of dues to the lessors. A month later, the full-service carrier had shut down its operations due to lack of funds.

In March 2019 itself, the 737 Max plane was banned by the regulators of almost all the countries, including India, in the world.

The March 10, 2019, incident near Addis Ababa was the second in a period of five months. In October 2018, a 737 Max plane operated by Lion Air had crashed in Indonesia killing 180 people.

On 737 Max plane, European Union's Aviation Safety Agency had expressed concerns about the requirements of pilot training as well as on malfunction of "angle of attack" system, which triggered an anti-stall system linked to the aforementioned two crashes.