The new ordinance also calls for rape cases to be investigated in two months and trials to be concluded in the same span.

Several cases of child sex abuse have been reported across India in the recent weeks.

New Delhi: Offenders who rape girls under 12 may now be subject to the death penalty in India, according to an ordinance passed by the cabinet Saturday after a nationwide furor over the rape and murder of an 8-year-old girl.

The new ordinance also calls for rape cases to be investigated in two months and trials to be concluded in the same span, as well as for new forensic labs and fast-track courts to be added.

Prime Minister Narendra Modi has been under fire for his response to the crisis sparked by the arrest earlier this month of eight suspects in the January rape and murder of an 8-year-old girl in the northern state of Jammu and Kashmir.

With a Muslim victim and alleged Hindu assailants, the case rapidly became polarised, and two legislators from PM Modi's political party were ultimately forced to step down after they attended a rally in support of the accused. Around the same time, a legislator from PM Modi's party was arrested for raping a teen in a separate case in the state of Uttar Pradesh.

On Tuesday, Nobel laureate Kailash Satyarthi called rape and child sexual abuse in India a "national emergency," with 100,000 such cases pending in courts. 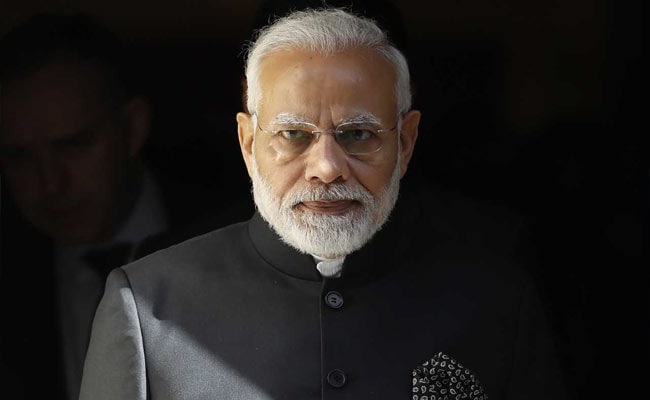 PM Modi has been under fire amid spurt in cases of child sex abuse in the country.

"The whole country was enraged, and it cannot happen that the central government does not listen to us. Some change will occur," Swati Maliwal, the chair of Delhi's commission for women, told reporters Saturday. She said she will end a nine-day hunger strike she staged to protest government inaction over the controversial rapes.

Ms Maliwal said she was happy about the government's move but said police still need more accountability and resources.

But others criticised the ordinance, arguing that the possibility of a death sentence will not act as a deterrent and that India needs to improve its prosecution and conviction rate for rape and child sexual abuse cases. Supreme Court lawyer Karuna Nundy says that the rate of rapes has not decreased since the death penalty for the crime was introduced in India in 2013.

"The death penalty is easy political candy to hand out to angry and upset citizens, but it's much harder to work on justice systems that guarantee swift, certain punishment for sexual assault or to limit the violent patriarchies that cause rape in the first place," Ms Nundy said.

Swagata Raha, a legal researcher with the Center for Child and the Law at the National Law School of India University at Bangalore, wrote an opinion piece Saturday for website the Print, arguing that the death penalty will make it difficult for children to come forward and disclose sexual abuse because 94 per cent of offenders under the country's child protection act are relatives or otherwise known to their victims.

"I feel it's a very reactionary measure, and certainly not the change those of us who work in this space would like to see," Ms Raha said.

In 2012, another highly publicised gang rape and murder of a young college student prompted India to tighten its rape laws and set up fast-track courts. Four men were ultimately convicted and sentenced to death in that attack. But incidents of reported rape have risen 60 per cent since then, to 38,947 in 2016, according to National Crime Records Bureau data.

A 2016 investigation by The Washington Post of nearly 400 fast-track rape courts found that those set up to speed the prosecution of rape cases do not always have the impact that advocates hope for.

Interviews with lawyers, activists and prosecutors showed that the quality and success of the courts vary widely. Some described proceedings bogged down from long waits for forensic evidence, police reports and repeated adjournments, with witnesses turning hostile and refusing to testify because they have settled the matter with the family of a suspect.

In New Delhi, for example, there was a backlog of 3,487 cases in the capital's fast-track courts, some of which had been languishing for years, The Post's investigation showed.

Promoted
Listen to the latest songs, only on JioSaavn.com
- - -

The Washington Post's Swati Gupta contributed to this report.