The norms relate to storing of payment related data within India, which has 200 million WhatsApp users. 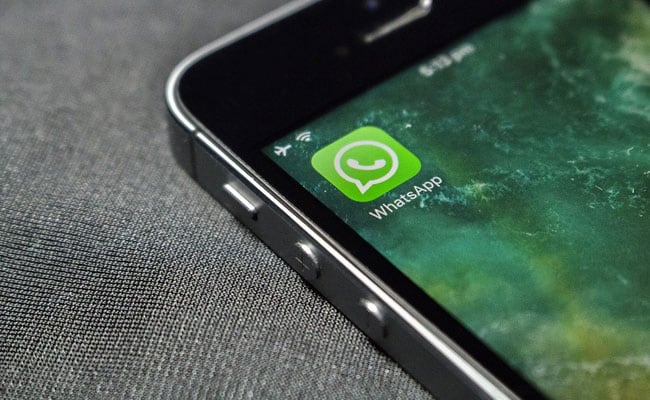 The Supreme Court on Friday asked RBI to respond to an application looking to implead it as a party in a matter seeking directive to US-based WhatsApp to comply with data localisation norms for providing payment service in India.

A bench of Justices RF Nariman and Vineet Saran issued notice to the RBI on an impleadment application by NGO, Centre for Accountability and Systemic Change (CASC), which has filed a petition in the court claiming that WhatsApp has not fully complied with the central bank's circular which prescribed data localisation norms.

The norms relate to storing of payment related data within India, which has 200 million WhatsApp users.

"Issue notice on the application for impleadment of Reserve Bank of India (RBI) as respondent," the bench said and posted the matter for hearing on March 5.

On January 14, the top court had permitted advocate Virag Gupta, appearing for the petitioner, to file an application for impleading RBI as a party in the case.

Solicitor General Tushar Mehta, appearing for the Centre, had also told the court that RBI was needed to be made a party in the case as issue pertains to data localisation.

In its petition, the NGO has sought direction to restrain the instant messaging platform from proceeding with its payment service unless it fully complied with the provisions of the RBI.

The Centre and WhatsApp had earlier told the court that a grievance officer for India has been appointed by the instant messaging service company.

However, the NGO has claimed that grievance officer has been appointed in the United States of America, which is "preposterous and against the sovereignty of India".

In its plea, the NGO has referred to IT (Intermediary) Rules of 2011 and IT (reasonable security practices and procedures and sensitive personal data or information) Rules 2011 wherein provision is made for appointment of grievance officer.

It has also said in its affidavit that it would be a paradox if data localisation norms are prescribed in India but companies are allowed to keep data officers in USA.

On August 27 last year, the top court had agreed to examine the plea which alleged that WhatsApp does not comply with the Indian laws including the provision for appointing a grievance officer.

WhatsApp reportedly has over 200 million users in India and almost one million people are "testing" its payments service. India is one of the largest bases for the Facebook-owned company that has over 1.5 billion users globally.

In its plea, the CASC said that to open a bank account, a customer needs to comply with KYC norms laid down by the RBI and various other formalities.

"WhatsApp is a foreign company with no office or servers in India. To run Payments Service in India, WhatsApp is obligated to have its office and payments in India," it said.

"Moreover, it is also required to have a Grievance Officer for users in India. Yet, it is being allowed to continue with its payments and other services, without any check," the plea claimed.

The petition also alleged that the social media giant does not comply with tax and other laws of India, but its reach was such that it is used by everyone, be it a commoner or even the judges of the top court.

It said every user has a number on WhatsApp but the messaging platform has no number through which its user can contact it for any grievance redressal.

Pointing to alleged cases of internet-based crimes, it has claimed that the growth of such incidents was directly proportional to the growth of the user base of messaging services like WhatsApp.